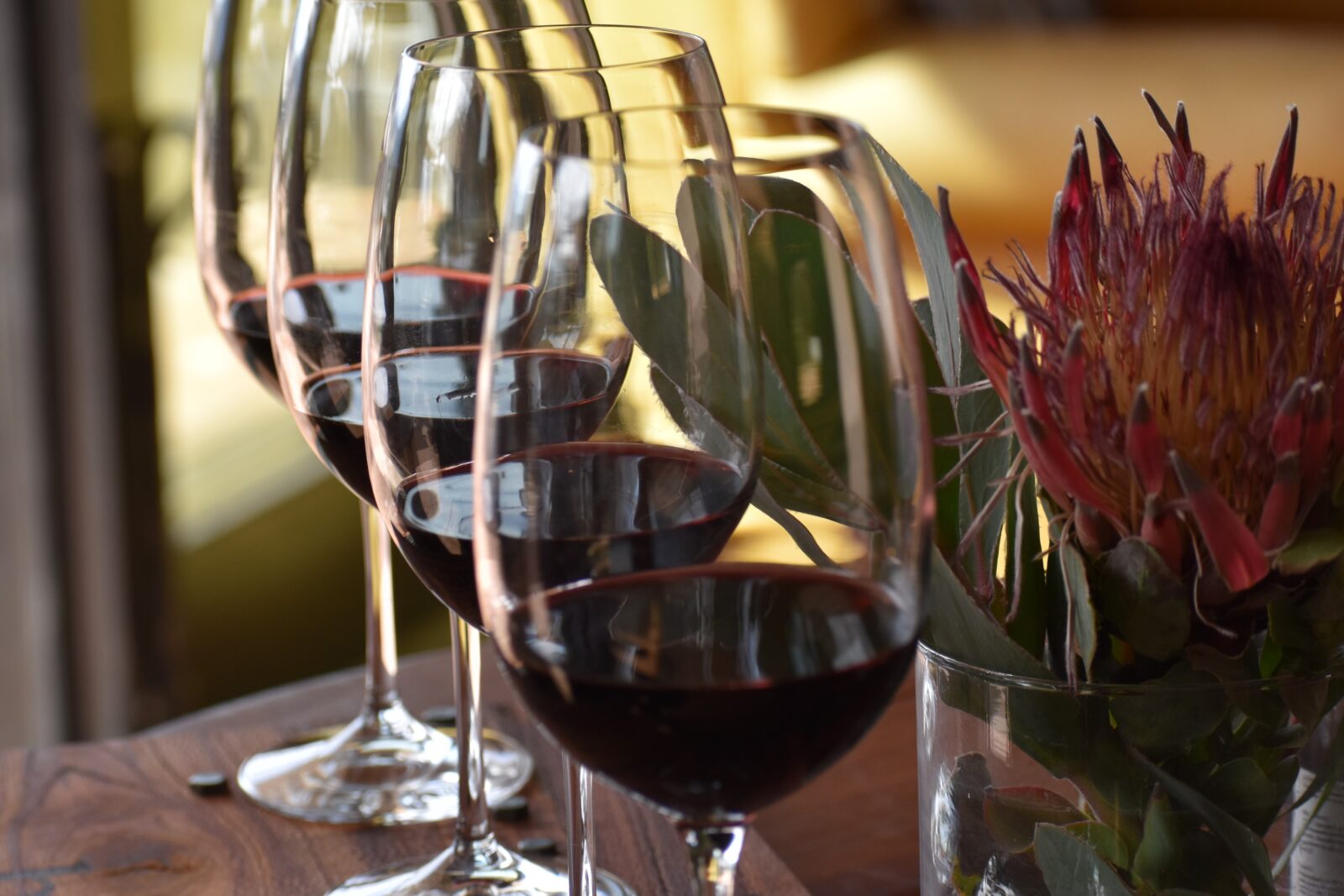 The harvest started seven days earlier than in 2021 as a result of multiple droughts and a heatwave that reached over 40°C.  Tuscan winemakers reported grapes being burned, the late summer storms only made the harvest conditions worse.  Grapes did not have the chance to slowly ripen due to the absence of the traditional change in temperature.  The production is down approximately by ten per cent according to Coldiretti (Italy’s agricultural association).  Despite the difficult growing conditions, Italy still expects to remain the leader in world wine production with an estimated harvest of 45.5 million hectolitres and expects the quality to still be exceptionally good despite the difficult weather conditions.  Some producers found uneven fruit ripening but are still convinced that the 2022 vintage has much more potential than they had originally anticipated.

Typically, Spanish winemakers do not start the harvest until mid-September, however, the 2022 Sherry harvest began on the 28th of July! Throughout August other winemakers also had to begin harvesting their already-ripe grapes.  The extremely hot summer pushed up the harvest dates by an average of seven to ten days earlier than normal.  Some berry sizes have been reported as being uneven.  The 2022 growing season is a testament to the effect that rising temperatures have on agricultural crops, specifically in the case of the grape harvest.  The Spanish report 15% lower than the average harvest.

French winemakers report that 2022 as the hottest summer that has been recorded since the heatwave of 2003. The harvest in Bordeaux, which usually takes place in mid-September started a month earlier in mid-august.  With no rainfall between the end of June and the middle of August, the grapes ripened much earlier than normal.  France suffered a 25% to 30% decrease in the volume of grapes harvested.  Extreme temperatures in the Gard region in Languedoc prompted some winemakers to begin their harvest on the 29th of July.  Champagne was the exception and has reported its largest harvest in the past ten years and expects the vintage to be very good.

Oregon’s Willamette Valley was hit by the worst spring frost that has been recorded since 1980 which was followed by a cold wet spring, which will result in a delayed harvest (starting with Chardonnay) which is predicted to start on the 25th of September.  Many winemakers are expecting to start the rest of their harvest for white grapes to start at the end of September and the red varieties at the beginning of October.

In Napa Valley, extreme temperatures made it necessary for Domaine Chandon to begin the sparkling wine grapes harvest on the 4th of August.

Temperatures soared up to 115°F in inland Sonoma and Napa Valley over the Labor Day weekend and concerned winemakers rushed to pick grapes before they cooked in the heat.  Unfortunately, several cases of dehydrated grapes were reported as well lower than usual yields.  The intense heat caused damage to vines and grapes and the quality is estimated to be good but not great.

In Paso Robles, however, winemakers are suggesting that their harvest of red and white grapes looks incredible, with an optimistic outlook for the 2022 vintage.

The Sonoma Coast was the odd region out, experiencing cool and windy weather throughout the growing season with a prediction that crops will be 60% or 70% of the normal yield.  Despite the grim outlook, winemakers are predicting that Pinot Noir which the region is famous for will be more aromatic but less concentrated than normal.

Australia experienced a cool and wet growing season in most regions allowing a longer growing season, producing grapes that have full flavour richness has also retained a good vibrancy.  Riesling is the outstanding grape for this vintage.  After a record-breaking 2021 harvest, the 2022 harvest shows a decrease of 26% and all grape varieties were affected.  Heavy rain during the spring and summer (November was reported as the wettest since 1900), swept across eastern Australia the hail storms also exacerbated the situation.  An overall decrease in the value of the grapes and limited storage space after the above-average harvest in 2021 has also had a negative impact on Australia’s overall production.

The usually perfect growing conditions that Chile is renowned for were challenged during the 2022 growing season.  With all its individual and unique microclimates, each vineyard experienced harvest conditions very different from their neighbours.  Drought was a very serious concern, and the year was one of only five of the driest years that have been recorded in Chile over the past one hundred years.  However, despite such a tumultuous growing season and reduced yields, Chilean winemakers are expecting a very good vintage.

Argentina has completed the 2022 harvest and reports that it has been a very successful season, but the four regions faced different challenges.

The Mendoza Region experienced late frosts in the Uco Valley and low-lying areas of Lujan de Cuyo as well as East Mendoza where many of the high-volume wineries are located.  Followed by a very dry summer, then followed by torrential rainfall during a few short weeks during December and February which made the creation of white wines a challenge.  Red wines did not get by unscathed, as the rain slowed down the ripening process.  The overall harvest was 25% less than normal.  The freak early frost at the end of March in Lujan de Cuyo caused massive damage but luckily around ninety per cent of the harvest has already been completed.  Experts say that despite the troubles faced by winemakers, the vintage has excellent ageing potential.

San Juan, the second largest wine-producing province in Argentina experienced an average growing season resulting in a good harvest despite some potentially hazardous weather conditions and the grapes in Pedernal Valley show especially good balance producing the classic traditional wine that is expected from this area.

The harvest was slightly delayed in Calchaqui Valleys in the northwest of Argentina where most of the vineyards are located 1670 metres or more above sea level.  Weather conditions were ideal and the principal white varieties of Torrontés and Sauvignon Blanc are displaying vibrant acidity and depth.  The reds have developed good concentration and colour with a good freshness which is due to the cooler-than-usual growing season.

In Patagonia, late frosts that occurred in October and again in mid-November lowered the yields by 20%.  The presence of a lot of wind and a warm summer kept the vines healthy.  The harvest was of top quality and the Merlot and Malbec are outstanding.

There has been an overall decline in the vineyard area in South Africa due to vine uprooting and rainfall very close to the harvest causing disease in the vines just before and during the harvest.  There were some rare occurrences of scorched grapes from extreme heat waves in other regions.  The wine regions are spread over many diverse regions which creates a large variety of different climatic conditions, which affected the 2022 harvest in different ways.  Extremes in temperature which entailed a cool growing season followed by a sudden spike in temperature in February resulted in a later-than-usual harvest in some areas and in an overall reduction in quantity, with the Stellenbosch and Cape South Coast regions being the exception.  In general, South African producers are predicting a superb 2022 vintage.

The German harvest started exceptionally early this year as was the case in many wine-producing regions throughout the world. German vineyards unusually benefited from the dry hot growing season and the grapes that are being harvested are very healthy and of excellent quality.  Red varieties such a Pinot Noir are expected to show a deeper colour and be more full-bodied than usual.  Germany expects 2022 to be an excellent vintage.

The harvest was the earliest ever recorded for Portugal as winemakers in the Douro region began harvesting their vineyards in August.  The rainfall between January and the end of July equalled what usually falls in one month and temperatures were the highest recorded in the past thirty years.  Though yields are much lower than usual, the quality of the wine is expected to be of a very high standard.

2022 has been a tough year for winegrowers as they struggled with extreme weather conditions resulting in smaller harvests.  Climate change is expected to be an ongoing challenge and will continue to have a profound impact on future growing seasons.  Winemakers are working to combat tough growing conditions by creating sustainable solutions to ensure a stable continuity in the wine industry. The current global recession that has been caused by the Covid-19 pandemic as well as the war in Ukraine, has impacted consumer confidence.  It will be interesting to see how these factors affect 2022 wine prices.