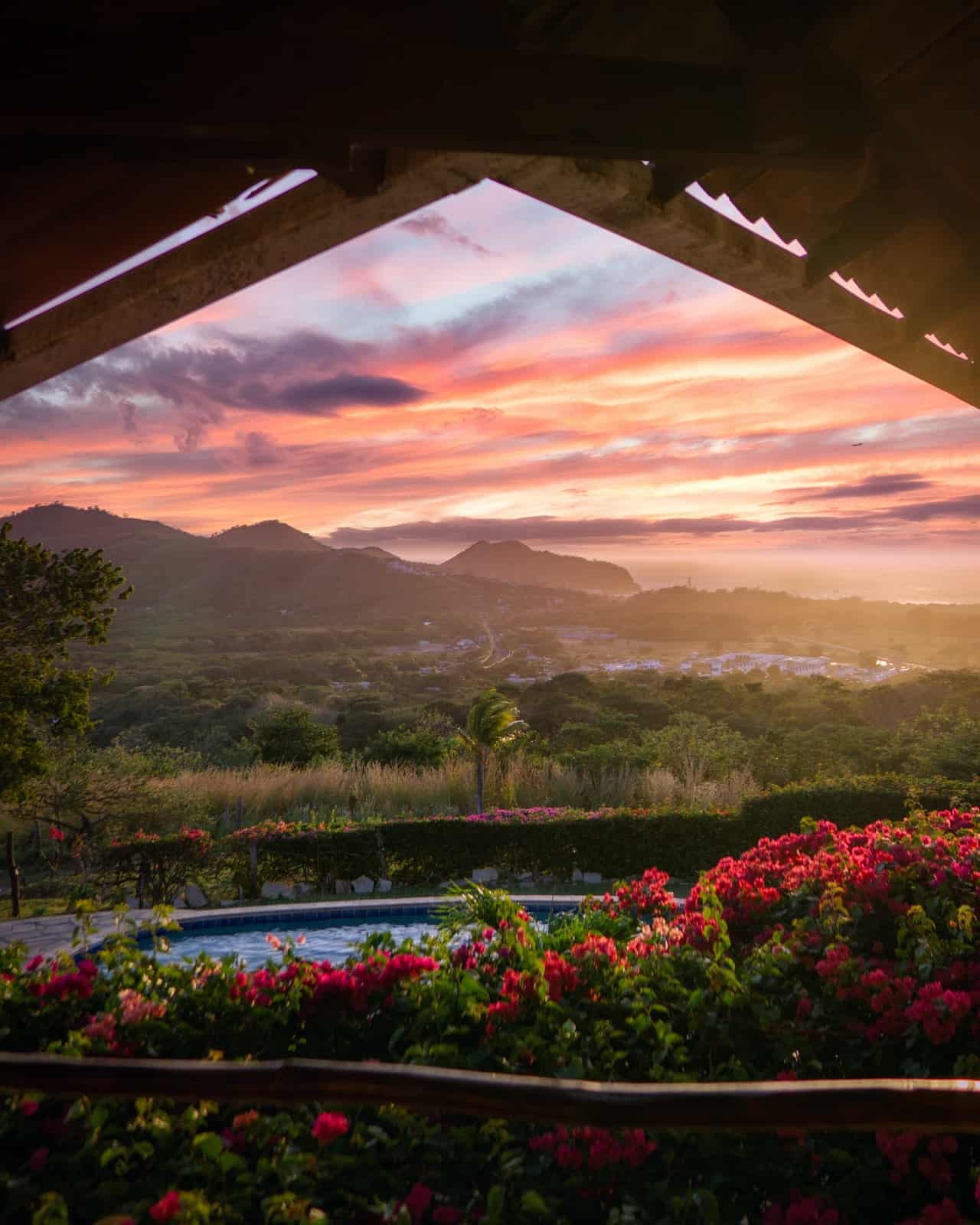 Walk into an average bar in Spain and order a glass of red wine. The bartender will give two choices: “Rioja” or “Ribera.” Rioja is the longstanding, preeminent red wine producing region, famed internationally and increasingly producing a variety of styles, including fine whites, sparkling, and rose. Ribera, by contrast, is all red wine country and proudly so.

Ribera refers to DO Ribera del Duero, which has followed a remarkable trajectory towards quality, produces incredible wines, including the laudable vintages of Vega Sicilia, a winery that arguably blazed the trail others have followed. Both Rioja and Ribera del Duero (which refers to a 71-mile length of vineyards along the banks of the Duero River in northern Spain), focus on the Tempranillo grape. This is the flagship variety of Spain, now surpassing all others in terms of planted acreage. Notably, Ribera counts among the two most appreciated reds for daily drinking by the Spanish, and not, for example, Priorat reds, which are perhaps more famous internationally and have garnered the highest level denomination for quality (like Rioja) the Denominación de origen calificada (DOCa).

Tempranillo deftly expresses its terroir (or terruño, in Spanish), a French concept referring to not just a region’s climate and soils, but all the factors that express a sense of place in a wine, including the human (viti)culture. To continue the comparison with Rioja, the higher altitude and determinedly continental climate of Ribera differs substantially from Rioja’s lower (though still high) location and maritime influences. Here the Tempranillo grapes, referred to locally as Tinta del Pais or Tinto Fino, receive greater sun exposure. Ribera is also dryer, and the grapes produce thicker skins and greater concentration. Vineyard elevations range from about 2500 to 3100 feet in altitude and precipitation averages 18” a year. This means darker wines, with somewhat higher tannin levels, with complexity added by frequent oak ageing.

Long a wine producing region, part of Castilla y Leon, Ribera has a not-too-distant history of producing bulk wine, with grapes bought by weight, which tended to disincentivize quality production and harvesting. It’s also not uncommon to find wineries with deep stone cellars dating back hundreds of years to the time of monastic winemaking. When the DO (the official denomination of origin appellation) became a reality in 1982, 24 wineries—many of them cooperatives–bought grapes from local growers as well as using estate fruit, while today more than 300 winemakers crowd the marketplace both nationally and internationally. Thirty-two different soils types exist in the DO.

As the bar story indicates, Spaniards greatly appreciate Ribera wines, but international influence has contributed significantly to their meteoric rise at different stages. In 1864, Vega Sicilia’s owners began blending Tempranillo with Bordeaux varieties, like Cabernet Sauvignon and Merlot, evidencing significant French influence in the time of the phylloxera crisis. Indeed, the winery’s owner, Eloy Lecanda y Chaves, trained in Bordeaux. More than a century later, growers followed the lead of Grupo Pesquera in focusing on 100% Tempranillo varietal wines, aided by enhanced modernization efforts following Spain’s entry into the European Union. All across Spain, wineries started using contemporary techniques, including stainless steel fermentation vessels. Nowhere were the rapid advances in wine quality more apparent than in Ribera, starting in the early 1980s. New-minded winemakers started making dark-fruited, powerful wines with a healthy addition of new oak. Now, 98% of vineyards are planted to Tempranillo. The history of bulk wine production, in fact, had benefits for the leap into modern vinos, as the region boasts large numbers of old vines, many neglected for decades but still able to produce excellent fruit.

In the mid 1990s, somewhat by chance, the Dane Peter Sisseck landed in Ribera. He saw the value in the old vine vineyards. Combining elite sensibilities with humanist concern that only comes from close association with the soil and plants, Sisseck counts as a foremost advocate of biodynamic grape growing. He makes an estate wine that rivals Vega Sicilia for fame; it’s a cult wine that in a very short time became acknowledged by critics (especially Robert Parker) as one of the best red wines of Spain and now counts among the most highly-allocated and expensive.

More than a decade ago he launched a new project to not only produce more (and more affordable) Ribera red wine, but also to aid local farmers in terms of both agricultural knowledge and profitability alongside saving old vine plantations in his local area. Sisseck balances cutting-edge technical skill with traditional methods and eco-friendliness. His efforts are emblematic of today’s Ribera, where the focus is expressing terroir through low yields. Average production is 4,000 kilograms of grapes per hectare, which results in about 28 hectoliters of finished wine. By contrast, top Bordeaux appellation yields have recently been above 40 hectoliters per hectare, a big difference that means Ribera wines more likely truly express their sense of place.

In sum, today, Ribera del Duero produces some of Spain’s most admired and distinctive fine red wine from high-altitude Tempranillo and those 300 bodegas (the Spanish term for winery) provide a lot to choose from in style, quality, and price. Most are small and family-run.

The tannins make Ribera wines distinctive, especially against the background of their concentration and dark garnet color. As Master of Wine Nick Jackson has recently noted, tannin structure in red wines distinguishes them more than even a flavor or aroma profile. So, even though Tempranillo wines are made all over Spain, Ribera’s wines are special. A helpful analogy here may be with Cabernet Sauvignon from Napa Valley, which also boasts an astounding variety of soil types and topographies. Cabernet is produced all over California, but Napa Cabs are special. The regulatory body for DO Ribera says: “Ribera del Duero’s Tempranillo and California Cabernet often have a lot in common. From power, their deep concentrated flavors and aromas to their medium-plus to full-bodied textures, with round supple tannins, try tasting these blind and you’ll see what we mean!” I like this analogy more than Master of Wine Pedro Ballesteros’ comparison with Burgundy, though I appreciate his point that both are classic Old World regions that deliver an astounding variety of red wines mostly from a single grape variety thanks to their diverse terroirs. Comparing Tempranillo to Pinot Noir, though, misses the point that the comparison with Cabernet Sauvignon grasps.

Choose to order a Ribera in that Spanish bar and you’ll receive, most often in a classic stemless thin-walled tumbler, a powerful red wine with expressive dark fruit aromas (think blackberries, plums, and black cherries as opposed to red cherries or strawberries), but tannins that could be variously described as silky or velvety: satin as opposed to dry linen against your tongue. Ribera reds also maintain high acidity, which some describe as “refreshing,” but I prefer to note that it’s always balanced against the concentration and structure of these wines, which often feature ageing in French oak, as opposed to the American oak used in Rioja. DO Ribera del Duero has stricter requirements for ageing, including in oak, than most of Spain. A Crianza wine released to the market must have aged for a minimum of 24 months, with 12 months of that in small oak barrels; a Reserva, 36 months before release, with 24 months in oak barrels; and a Gran Reserva 60 months, with 24 months in oak. If the winery chooses to use these designations, which you will find on the label, they must obey these requirements.

That said, the point with Ribera is also the diversity of red wines from within a single region, which can be attributed to the winemaking, but more importantly to the vineyard location and aspect, the age of the vines, and the specific soils. So, it’s a region well worth exploring in detail. If you’ve never tried Ribera wines, take up that blind tasting challenge with a Napa Cabernet! 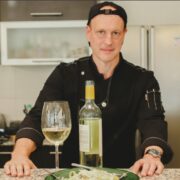 Author, chef, and historian Charlie Leary started his first restaurant wine program in New Orleans in 1996. He went on to create different wine experiences for diners in Costa Rica, southern France, and Nova Scotia, Canada, where his efforts won Wine Spectator’s Award of Excellence for multiple consecutive years. He also planned, planted, and managed an IGP vineyard in Andalusia, Spain. Charlie developed a wine and food column for the Halifax Chronicle-Herald newspaper in 2017, and Random House published his cookbook on Creole cuisine in 2004. He regularly writes for publications such as Sommelier Business and Sommelier Choice Awards, and his feature articles on wine history have appeared in Bordeaux wine expert Jane Anson’s Inside Bordeaux. Charlie earned a Ph.D. in history from Cornell University in 1993, taught briefly for Tulane University, and has received various wine certifications from the Wine Scholar Guild, Napa Valley Wine Academy, and the Society of Wine Educators, among others. He holds the California Wine Certification Level 3 (advanced) from the California Wine Institute.