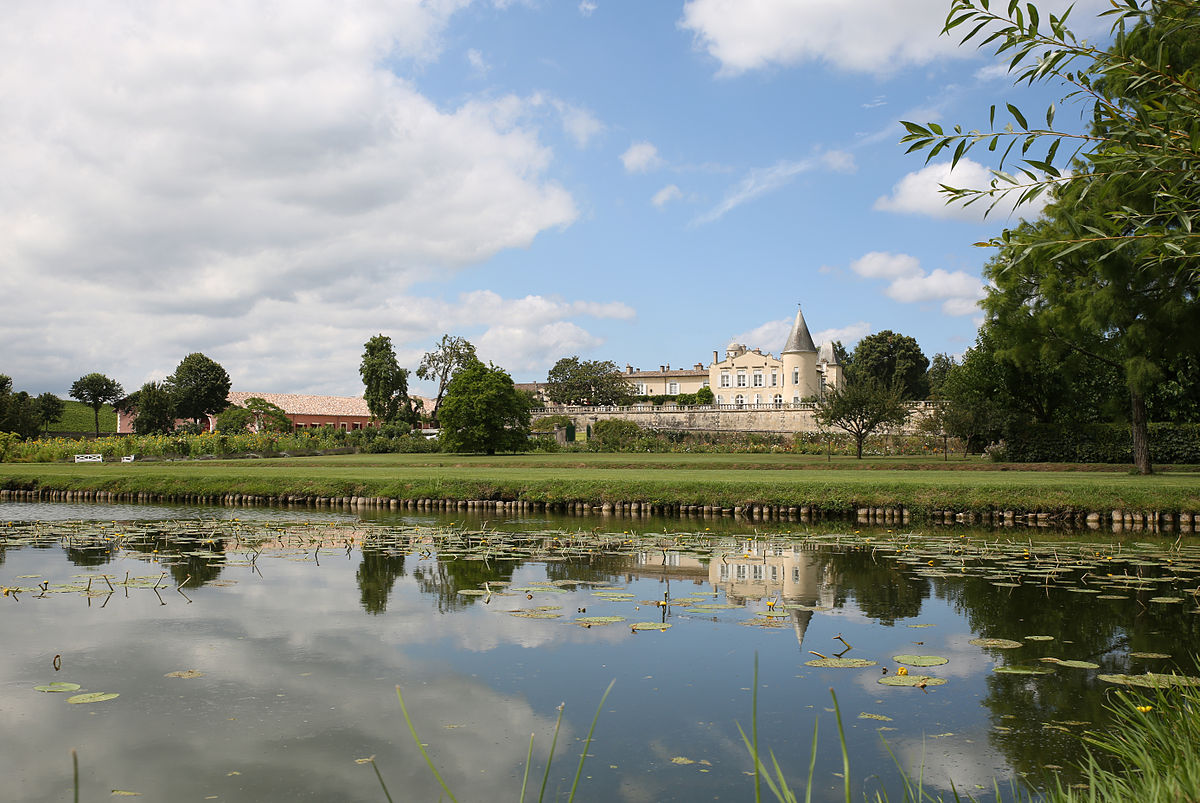 The name Rothschild is associated with only the highest quality wines, most notably the iconic Château Mouton Rothschild in Bordeaux, the Opus One Winery in Napa Valley California more recently the Almaviva Estate in Chile.

The story began in 1789 when Mayer Amschel Rothschild, a merchant who lived in a Frankfurt ghetto with his five sons, decided to send the oldest four to different cities around Europe after teaching them how to succeed in business – Vienna, London,  Paris and Naples.  The youngest son remained in Frankfurt with his father.  These young men came from a close-knit family and they remained in close contact despite the limitations that existed at the time – astute businessmen, they learned to anticipate changes that would affect the future of Europe.  Their excellent reputation spread quickly and they served as bankers to the Europe of Napoleon continuing into the Industrial Era.

Baron Nathaniel from the English branch of the family decided to move to Paris at the same time deciding that he would like to serve his own wine to his important guests.  In 1853 he purchased Château Brane Mouton in Pauillac Bordeaux.  He renamed the property Château Mouton Rothschild after the family.  The estate passed onto his son Baron James, his grandson Baron Henri and then to his great-grandson Baron Philippe who took charge of the estate in 1922.    It was only in 1922 when Baron Philippe took over the reins of the company that there began to be a real interest in the wine that was being produced.  Baron Philippe also decided that the wine should no longer be sent in barrels to the Bordeaux wine merchants but that bottling should take place at the estate.

Baron Philippe created the brand Mouton Cadet, as there was a quantity of grapes that were not good enough for the Mouton Rothschild Wine but was still of very good quality. The new brand was created in 1930 and was an immediate success with the clientele in Paris.  Baron Philippe continued to extend his holdings in Bordeaux with the purchase of Château d’Armailhac and Société Vinicole de Pauillac (which is now known by the name of Baron Philippe de Rothschild SA) in 1933.  This was followed by the purchase of Château Clerc Milon in 1970.

In 1979 Baron Philippe decided to spread his winemaking activities outside of Bordeaux.  He created a partnership with Robert Mondavi in California (a wine pioneer in the Napa Valley wine scene) leading to the birth of  Opus One,  which symbolized a celebration of the land and open space.   Only one wine was originally produced and eventually followed by a second wine named Ouverture that can be consumed at a young age unlike its big brother.  The Opus One Winery is built into the earth and rises up in the form of a little hill.  The wine cellar itself is in a half moon shape and if you whisper something at one end of the cellar the sound travels to the other end.

Baron Philippe’s only child Baroness Philippine de Rothschild took over the reins of the wine empire after the death of her father in 1988, she possessed the same passion for wine  and it was in 1997 that she went into partnership with Eduardo Guilistati Tagle of Vina Concha y Toro SA in Chile.  A wine was created using the joint technical expertise of both companies.  The first vintage released in 1998 was an immediate success under the name of Almaviva written in the handwriting of Baronne Philippine’s husband Jean-Pierre de Beaumarchais referring to famous Count Almaviva in the Marriage of Figaro with label artwork that represents Chilean history of the earth and cosmos.

Château Mouton Rothschild’s Flagship wine is famous for its labels.  Baron Philippe initiated the tradition by asking poster artist Jean Carlu to design the label for the 1924 vintage.  In 1945 Baron Philippe decided that a unique label should be made for each vintage and asked different contemporary artists to create a label with no design restrictions.  Labels have been made by such artists such as Gerard Richter, Picasso, Chagall, Dali, Jeff Koons and even Charles the Prince of Wales.  The original labels are displayed in the Label Room at the château.  He felt that the artwork on the labels were synonymous with the art form in the bottle – the wine.  His daughter Baroness Philippine de Rothschild carried on the tradition until her death in 2014 passing the responsibility onto her younger son Julien de Beaumarchais who continues to keep this tradition alive.  The original paintings are on display at the property  in the label room adjacent to the vat room and is open to the public.

Ready to discover Rothschild Wines? (All prices are approximate and are for a single bottle; years in brackets indicate the year that the property was acquired by the Rothschild family).

The Flagship wine of the Rothschild family, the 2019 vintage is £570.00 per bottle, made of a Bordeaux blend of Merlot, Cabernet Franc and Cabernet Sauvignon. www.chateau-mouton-rothschild.com

A classic Bordeaux blend of Merlot, Cabernet Franc, Cabernet Sauvignon and Petit Verdot, this is a very approachable wine and can be drunk within a few years of bottling.  The price for the 2019 vintage is around £40.00.  www.chateau-darmailhac.com

The third château in the Rothschild portfolio in a classic Bordeaux blend the average price of the 2019 vintage is £63.00  www.chateau-clerc-milon.com

The first winery project for the Rothschild family outside of Bordeaux, this exceptional winery in Napa valley creates its wine using the classic Bordeaux blend, the wine will benefit from aging several years before drinking.  The 2018 vintage is currently selling for around £267.00 per bottle. www.opusonewinery.com

Almaviva Winery (1997) The second winery outside of Bordeaux and is made from a blend of Cabernet Franc, Cabernet Sauvignon, Petit Verdot and Carménère.  This wine is very approachable and the 2019 vintage is currently selling at £126.00.  www.almavivawinery.com

Escudo Rojo is the translation of Rote Schild which in German means red shield, the historical emblem of the Rothschild family.  Another Rothschild project in Chile a range of different wines red, white and rosé are produced at reasonable prices the flagship wine from the Maipo Valley (Gran Reserva) the 2019 vintage is £14.00 per bottle and can be drunk young. www.escudo-rojo.com

The latest project in the Rothschild portfolio, these Limoux red and white wines are priced at an average price of £19 – 32.00 and drink young.  A fine example of wines from Languedoc.  www.domaine-de-baronarques.com

Mouton Cadet (1930)  Red and white wines that are made from the grapes that do not meet the standards for the Château Mouton Rothschild wines, these drinkable affordable wines that start at £11.00 per bottle.  www.moutoncadet.com

I have been lucky enough to have tasted the wines from every property with the exception of Escudo Rojo (that is going to have to be next on the list!) I visited the breathtaking Opus One winery in 2001.  Whilst the wines vary in price and place of origin, they are all of the highest quality, making them accessible to everyone according to your personal wine budget.  Santé !