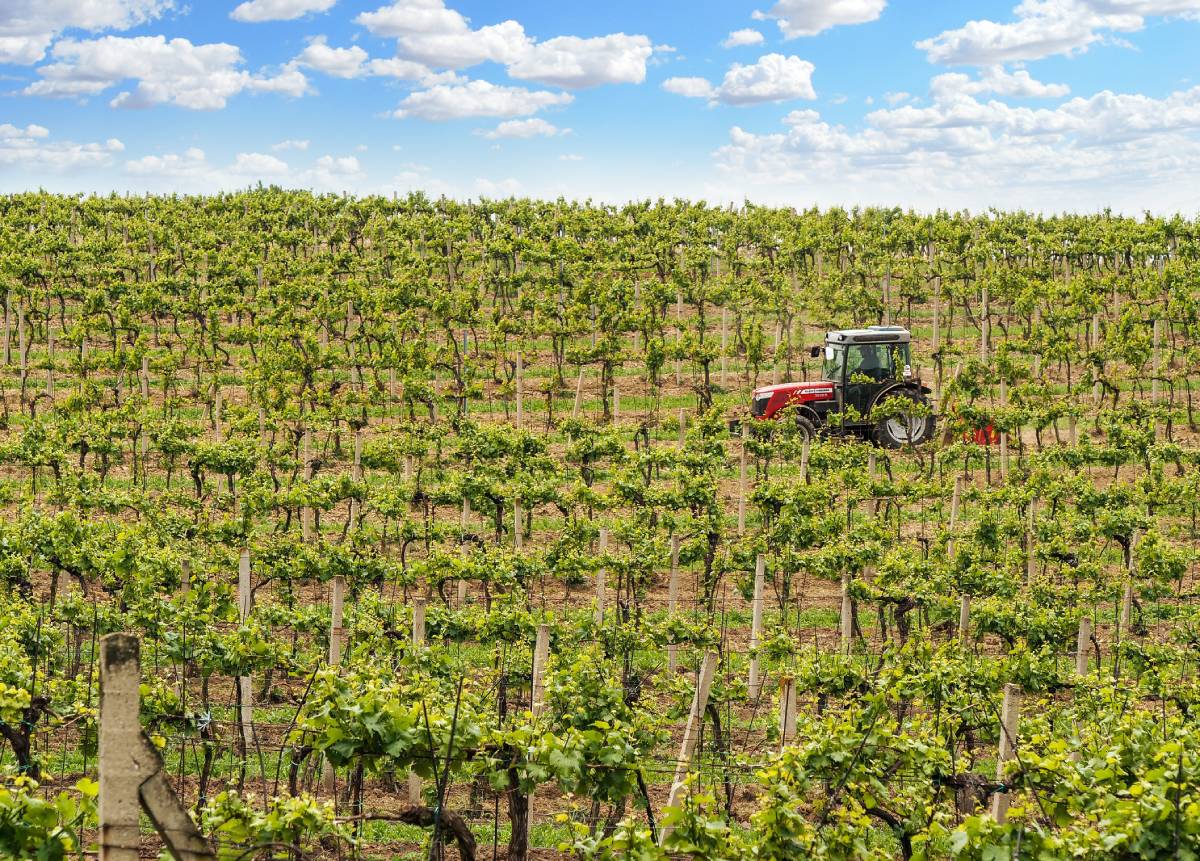 So, what exactly is the difference between organic Biodynamic and Sustainable farming?

One of the reasons that organic and biodynamic wines have risen in popularity is that many consumers are becoming more health conscious not only about the food that they put into their bodies but also the wines that they enjoy.  There is also a belief that the organically produced grapes have a better depth, acidity, and flavour.

There are several different processes that are used to produce wine in an environmentally conscious way as detailed below.

Rudolf Steiner, an Austrian Hungarian (1861-1925) is considered as one of the pioneers of organic agriculture.  He did not begin writing his dissertations about organic farming until very late in his life, only writing about organics methods in 1923, two years before his death.  His ideas were very well received, and his methods are used in the present day in organic farming.  His reasoning for the use of organic farming was that the less that the natural elements are disturbed the better the result will be, adding chemicals disrupts the natural balance in the biosphere of the plants and earth and that every element of the earth influenced how the plants would grow and it was this natural harmony that was important to preserve.  His approach was simple, and he believed that everything was created to work in harmony with each other; this is the basis of organic agriculture today.  His methods are used by present day organic and biodynamic farmers.

In the past fifty years, the trend of returning to natural methods of farming has become more popular and wineries have joined this movement creating a large increase in the number of wineries that have gone through the process to become certified as “Organic”.  The largest increase of organic vineyards has been in Europe – nine percent of all French vineyards are now certified organic followed by Germany, Italy, the United Kingdom, and Austria. The trend of organic viticulture has increased throughout other countries around the world as the demand for organically produced wines increases.

The steps that a winery needs to take to become organically certified varies from country to country, the process can take many years and there are very strict rules that must be adhered to in each case.  (For example, in France, if part of your vineyard touches another vineyard that is not certified organic then you will not be able to have that part of your property certified organic because the chemicals from the adjoining vineyard can seep into your land). In France to receive organic certification or Agriculture Biologique (AB) the winemaker pays an AB certifying authority to come and check their farming methods annually which is either by appointment or a surprise visit.  For a wine to be classified as organic, the certification must be granted by a legal body that is regulated by the agricultural department of the country that the vineyard is located proving the fruit has been organically grown and that the viticulturist has not used any chemical fertilisers, weed killers, pesticides, fungicides, or any other chemicals. The use of (Bordeaux mixture – a chemical that is used to prevent the mildew basis for copper) is still allowed but this practice is still met with much controversy.

One of the main differences in the production of organic and non-organic wines is that for a wine to be certified organic, no preservatives including sulphur dioxide are permitted during the winemaking process.  Other factors such as the use of indigenous yeasts

When you choose your organic wine, ensure that you read the label very carefully as the rules for the use of sulfites in the final product will depend on where in the world that wine has been produced.  In the United States no sulfites may be added to a wine that is labelled as being from an organically certified but if the label says that the wine is made from “Organic Grapes”.

There are many wineries that use organic methods for growing their grapes, however these wineries have chosen to forgo the long, costly, and time-consuming process of obtaining organic certification. As a result, these vines cannot be certified as organic even if the exact same methods that are used in certified organic vineyards are practised. Many of these winemakers choose to create their wines using biodynamic viticulture and winemaking practices instead.

The use of biodynamic practices such as special soil treatments (one of the oddest of them is burying a ram’s horn under the soil) and planting the new vines in correspondence with the lunar cycle are common practices.  Many biodynamic winemakers choose to not add sulfites to their wines even though there is not a legal requirement that bars them using sulphur. The specifications to produce biodynamic wines are more demanding than for the production of traditional or organic wines.  There are very detailed rules on each of the processes that are used when working as well as the list of products and amounts that can be used.  Simply put, biodynamics is a homoeopathic treatment for the land as well as the plants that grow within it.  The viticulturist is taught to respect the best individual work of the vine as it grows and as well as that maturing wine which is affected by the lunar cycle. It is believed that this interaction between the earth and moon is important in creating harmony during the cycle of the vine and the eventual production of the wine.

These farmers may use a combination of traditional, organic, and biodynamic methods or “Lutte Raisonné ” however their main emphasis is to minimise the impact that their viticultural practices have on the environment.  In France if you see a bottle that has the notation HVE Haute Valeur Environnementale this means that the wines have been produced using sustainable methods.  The emphasis is focused on such issues as water conservation, waste management, use of renewable energy, reduced packing and lowering the carbon footprint, some wineries even buy carbon credits so that they can be categorised as being carbon neutral.

There is another category of wines that are called “Natural”.  These wines are the result of a winemaking process that aims to involve minimum of treatment of the incoming grapes during the vinification, which includes the avoidance stimulation of fermentation by adding yeast (the grapes ferment with the natural yeast that come from the fruit itself) as well as exogenous antioxidants such as sulfites (SO2), or chaptalization, the adding of sugars. The use of grapes from a culture free of chemicals is highly recommended because otherwise the natural yeast is weakened when the grapes are treated. Wines that are produced naturally must be kept at temperatures between 14 °C and 18 °C as this level of heat allows the wine to develop correctly as it ages. There are no published regulations that correspond to the production of “natural wine” does not correspond to any official specifications, it has received this recognition from peers in the business.  The wines are made from grapes that are grown in organic, biodynamic, or sustainable vineyards.

All of the wines listed above are very easily accessible and your sommelier or local wine merchant will be able to assist you in finding the right one for you.