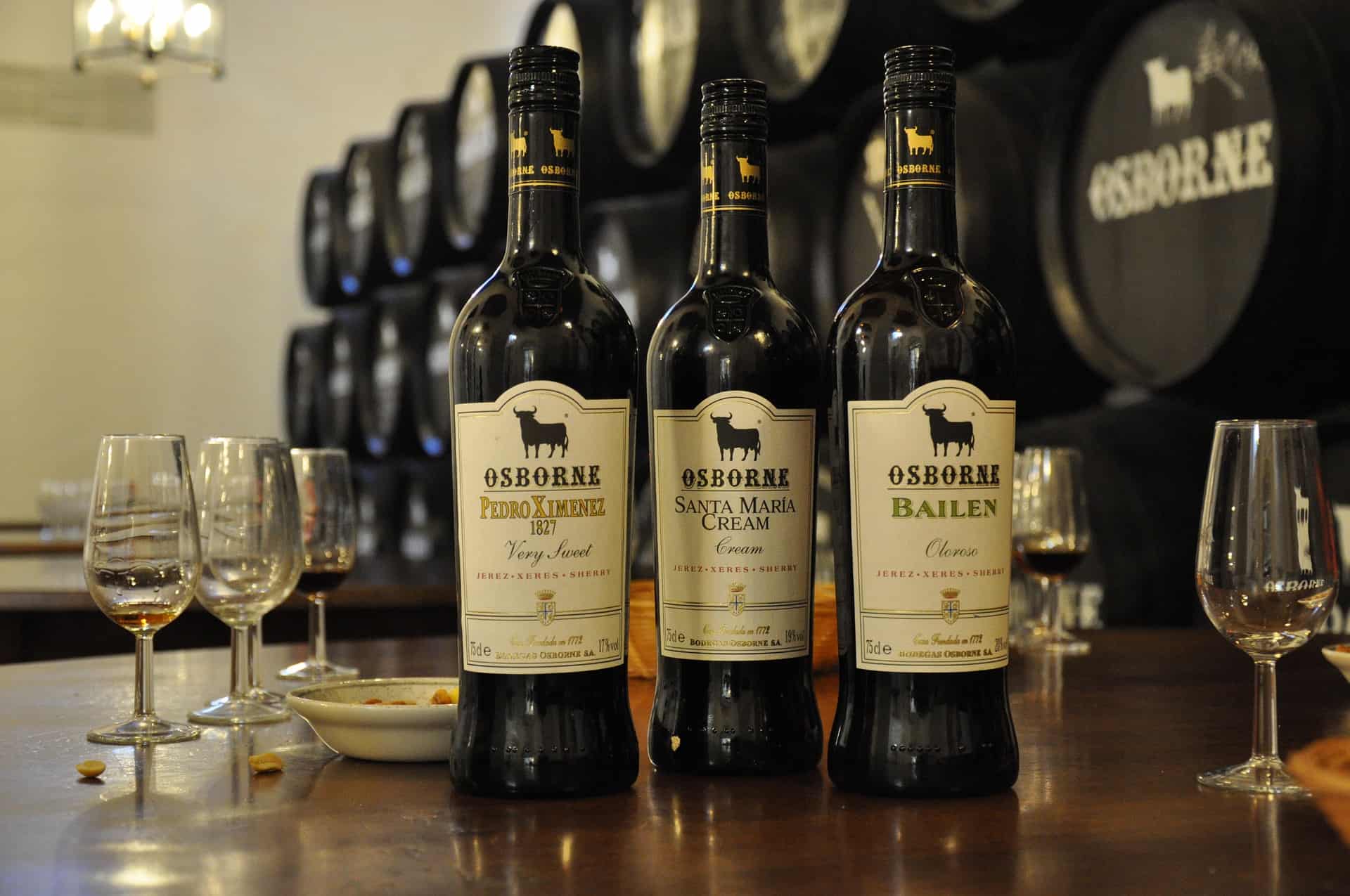 We all know that Sherry cooking wine and Sherry vinegar are made from Sherry wine. So basically, it means that they share the exact origin, and also both are used in cooking to enhance the flavors of your dishes. They seem pretty much the same, right?!

Because of these similarities, many think that they are more or less the same. But no, it is not true. Despite having similarities, they both are very different from each other, be it their taste or the dishes they are used in a while cooking. Do you, too, get confused? To clear this confusion, read this guide and know everything about them!

What is Sherry Cooking Wine? 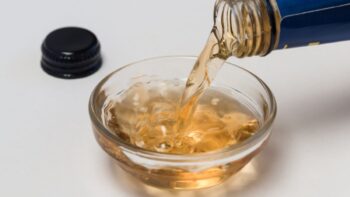 Sherry wine is a distinct class of white wines that comes from Spain. It is a fortified wine made from white grapes grown in a specific area in Spain. In the Spanish language, it is known as Jerez. It has three names; wine producers in Spain registered Jerez, Xérès, and Sherry. It is very sweet on both your palate and nose and comes with a beautiful golden color. It is usually mixed up with brandy to increase the alcoholic content.

Sherry cooking wine is a cheap alternative that offers you the same color and flavors as an authentic Sherry wine, except its low quality with some added salt. If you are thinking about whether it can be drunk or not, then the answer is “no” you are not supposed to drink it as it is. It is an excellent option in cooking when you want to add a zing of alcohol or sweetness to your dish!

What is Sherry Vinegar? 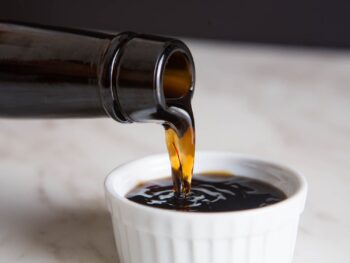 Its name, “Sherry vinegar,” is protected by Spanish law, just like the Sherry wine. Most sherry vinegar is aged using the same Solera Criadera system. They are kept in oak barrels for fermentation for six more months. They can be aged for up to ten years, and the longer they are aged, the more concentrated versions are made. There are primarily three types of Sherry Vinegars; 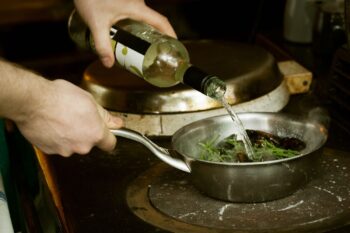 How to cook with Cooking Sherry Wine?

Sherry cooking wine is used in cooking and can be replaced with white wines  Many chefs think that it is better to use authenticSherryy in cooking instead because the cooking sherry is too sweet or too salty for the dishes, so the ones who recommend it are very few, but still, you can try it on your own and see whether it works for you or not!

It is usually used to enhance the flavors and aromas of your dish  It sometimes gets confused with sweet or dessert wine, but it is not  It also comes with nutty flavors, so it is advised that before using it for your dish, first check its profile and see whether it will complement the flavors of your dish or not.

Sherry Vinegar is very different fromSherryy cooking wine in taste and flavors  It has a strong but not overpowering sour taste, not like apple cider vinegar or any other type of vinegar.

It has a complex profile, and some touch of sherry wine is still left because of the Solera Criadera system  When used in cooking, it gives a freshness to your dish and brings the desired acidity!

Now you must have a clear idea about what are the main differences and similarities betweenSherryy vinegar and Sherry cooking wine. I recommend you to keep both of them in your kitchen as they are different and bring distinctive qualities to your dishes.
The next time you think of something to cook, see if a touch of sherry cooking wine or sherry vinegar can make it better!