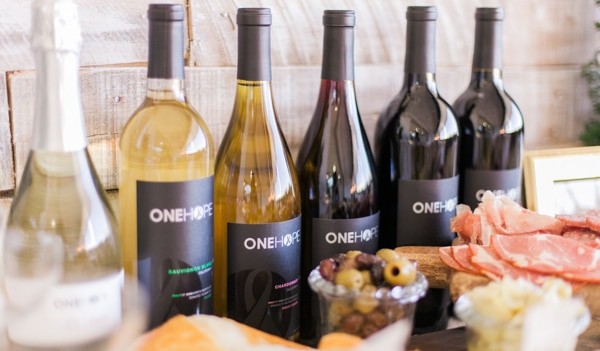 ONEHOPE is a feel-good brand that re-establishes faith in humanity.

ONEHOPE makes the world a better place — one bottle of exceptional wine at a time.

From raising money for the fight against breast cancer, toward ending childhood hunger, and even for providing clean drinking water, ONEHOPE is a company whose doing everything right. With each bottle of wine they sell, they are striving to make a difference in our world.

What is more heartwarming, and impressive than that?

“Our founders sought to create an instant-favorite type of wine that captured customers’ taste buds and their hearts – all at a reasonable price point. Bringing on winemaker Rob Mondavi, Jr. in 2009 allowed our then-upstart wine label to accomplish superior quality, as well as the affordability allowed by the Mondavi enterprise’s scale.” – ONEHOPE Philosophy

The world needs more do-gooders like the founders of ONEHOPE.

Here is all of the ONEHOPE wines, and their charitable causes:

But, Does This Wine Even Taste Good?

Did you know? Cabernet Sauvignon is the most reviewed catagory of wine in the Wine Spectator’s Database!

With an impressive social call, it may seem like this particular wine is a gimmick, set to get you to donate even more of your hard earned money to those in need, right? Wrong.

A romantic evening is often served best with a nice big porterhouse steak, and wine, of course. Look no further than the ONEHOPE Cabernet Sauvignon to give you a pairing to remember. Steak isn’t the only meat that is matched well with this wine; prime rib, lamb, and anything roasted or grilled will release tremendous flavors as well.

No worries — a grilled portobello mushroom or roasted veggies will also pair surprisingly well. Sit down, pour a glass of red, and dig right in! Regardless of grill choice, your evening will be met by new levels of good feelings.

Interesting Fact: Cabernet has its own official holiday—the Thursday before Labor Day. The first official #CabernetDay started in 2010 when marketing guru, Rick Bakas gathered a group of wineries in Napa to promote it on social media.

EVERY BOTTLE MAKES AN IMPACT. 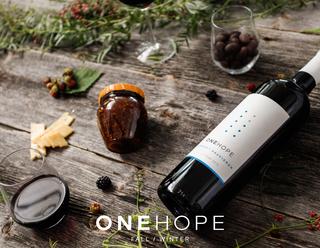