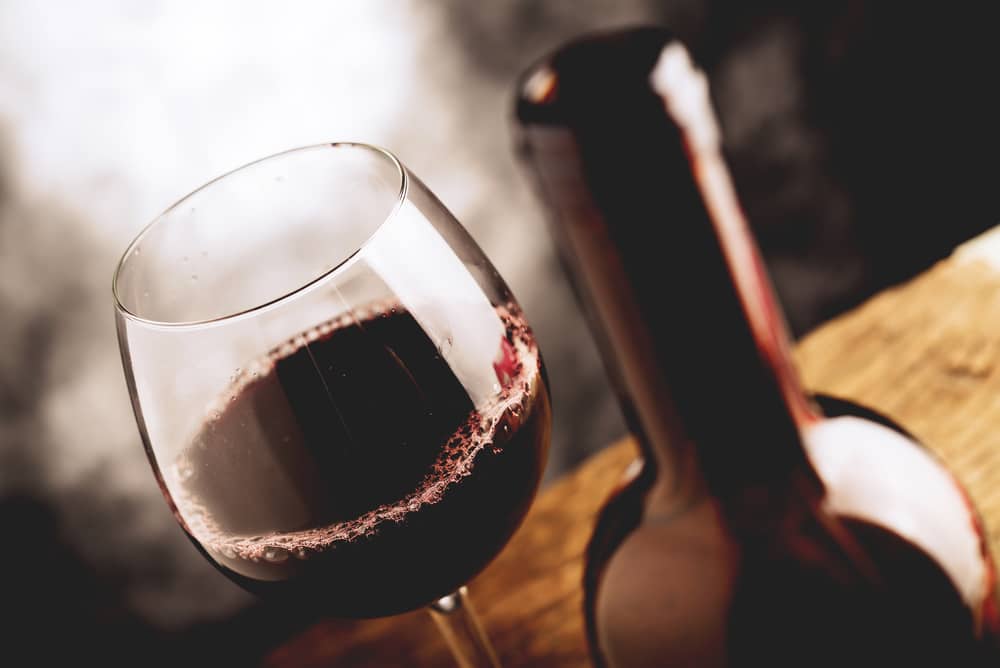 Merlot is a smooth red wine characterized by its graceful finish and soft tannins. Named after the French word for blackbird, Merlot grapes possess a deep blue hue on the vine, similar to the sheen of a blackbird’s wings. Merlot is one of the few grapes that is widely used for blending with such others as Cabernet and Bordeaux, while still maintaining its varietal independence on the shelf. It is the second most planted grape in the world next to Cabernet Sauvignon.

Merlot grapes ripen early, as compared to other grapes used in blends. This gives the wine a distinctly smooth, soft finish, as compared to the tannic strength and dryness of Cabernet. The Cabs and Merlots play nicely together, because the dry and robust structure of Cab is filled out by the “fatty” juiciness of Merlots, creating delicious blends such as Bordeaux blends or Meritage. Few grapes share the honor of being compatible with Bordeaux grapes, but Merlot has earned such a distinction. In fact, in the French region of Bordeaux, there is no other grape more widely planted, than that of Merlot.

How does Merlot taste?

Flavor and body will change wildly depending on the region Merlot is grown in. Open up any good bottle, and you’ll probably be greeted by black cherry, plum, cocoa, dried herbs, vanilla, and cedar. Merlots usually sit right in the middle of the red wine spectrum, giving it balanced tannins, acidity, and alcohol. Exceptional Merlots can be confused with Cabernet Sauvignon.

How should I serve Merlot? 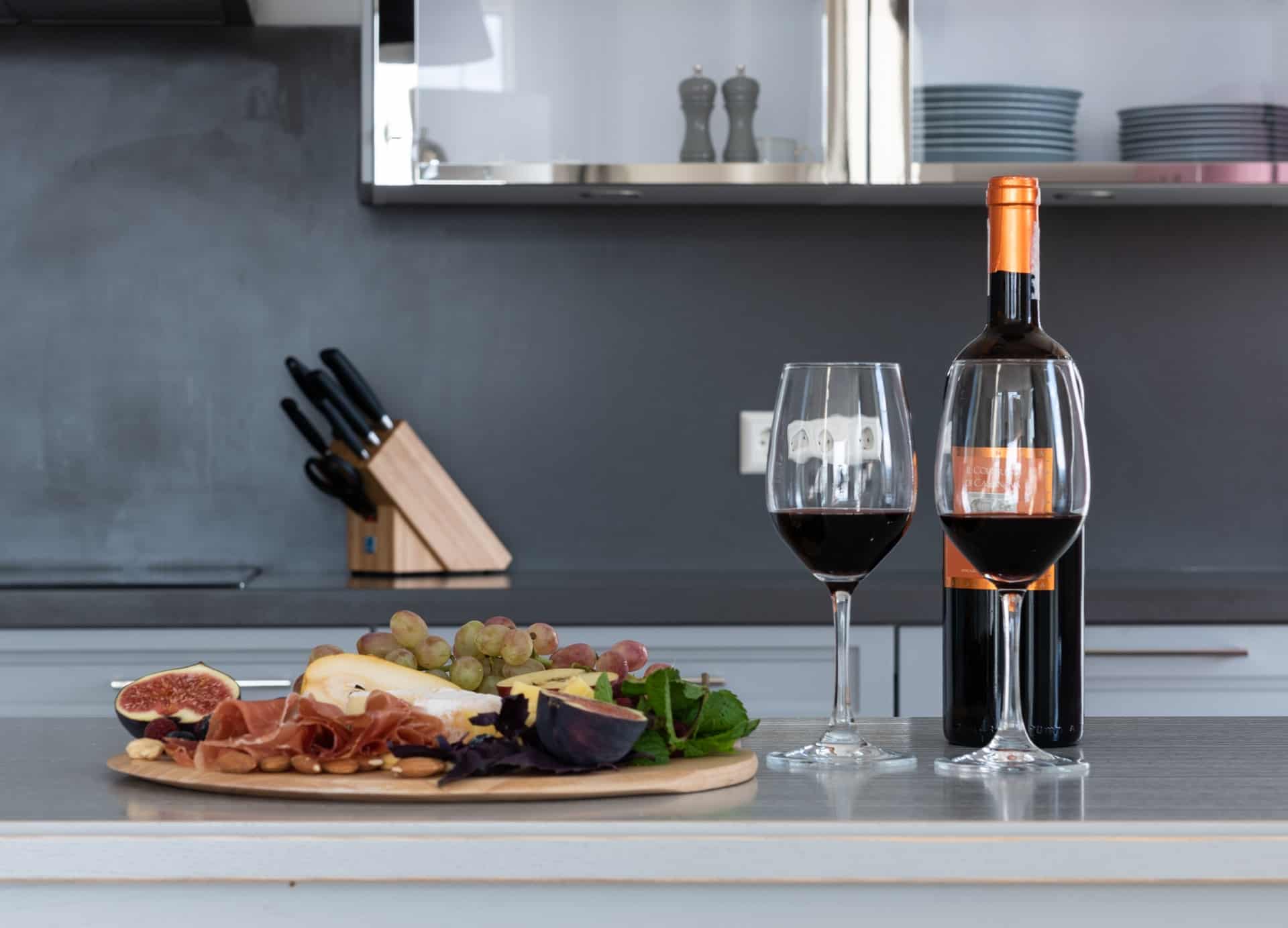 In the old days, Merlot grapes were harvested early in the ripening process. This maintained the grapes’ moderate acidity, making the young fruit uniquely poised for crafting a medium body wine.

Classic Merlot has notes of raspberry, strawberry, and some earthy tones such as leafy greens. Old World Merlots were made almost exclusively for wine for blending.

New-style Merlot originated to be drank on its own.  It calls for the grapes to be harvested much later in the season, resulting in thicker skins and a wine with a fuller body and color. New Merlots have higher alcohol content and exude deep notes of plum and blackberry. Though often sipped on its own, new Merlots are still blended lovingly with Bordeaux.

As Merlot left the France’s warm wine regions, the diaspora resulted in a dizzying array of different taste profiles brought out by the dozens of climatic regions where it is grown. Merlot is grown in France, Itally, Chile, Australia, the U.S., and to the ends of the earth, with each region bringing out a different aspect of Merlot’s deep profile. Part of Merlot’s popularity is owed to its resistance to drought, allowing it to thrive in a wide range of temperatures and soils.

The grape grows in both warm and cool climates, each of which coaxes its own respective flavor profile from Merlot. Merlot exhibits a deep, dark flavor in warm climates and bright, fruity flavors in cool climates.

Cooler climates make for a full-bodied Merlot with deep, rich flavors and dark hue. Cool climate Merlot is high in tannins, giving the wine a dry finish and subtle notes of tobacco and tar.

Merlot grown in cool climates, such as the Bordeaux region in France, can easily be misidentified as other dry red wines. French, Italian, and Chilean Merlot tend to resemble Cabernet Sauvignon, Shiraz, and Malbec.

When the grapes are cultivated in the warm climate of California’s Napa Valley, they exhibit fewer tannins and are lighter in color than that of their warm climate counterparts. In Australia, Argentina, and California vintners commonly age Merlot in oak barrels for two years or less, imbuing more body to the wine.

Every wine grape variety has two parent grapes: the mother and the father. The parentage of Merlot was mostly unknown until very recently, the past two decades.

Merlot is a relatively new variety in the world of wine. Merlot was first mentioned in the late 19th century. In light of viticulture’s 6,000+ year history, Merlot is a baby. Which begs the question: where are its parents?

A researcher from The University of California, Davis, found conclusive data that proved Cabernet Franc as one of Merlot’s parent grapes. Cabernet Franc is also parent to Malbec and Sauvignon, which explains why Merlot exhibits similar traits to its sibling wines.

The second parent of Merlot wine remained a mystery until, by chance, DNA testing of an unnamed grape variety proved to hold the genealogical answer.

Merlot wines retain a unique and distinctive quality that differs from the characteristics of Cabernet Franc. These subtle qualities are descended from an ancient vine, grown in the secluded commune of Saint-Suliac in the Northwest French region of Brittany.

The vine was discovered to be grown outside homes as a decorative element. Locals named the vine Madeleine because the grapes become ripe and are harvested a few days around the Feast Day of Mary Magdalene. This parent is responsible for Merlot’s distinctive early ripening attribute. 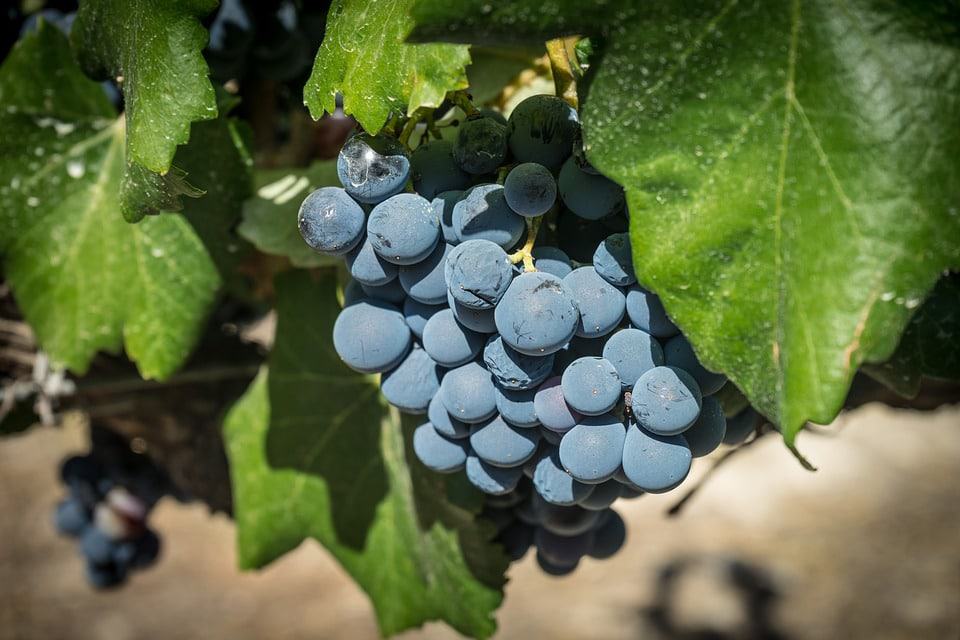 The vines of Merlot are distinct for large, loose groupings of plump grapes. In comparison to Cabernet Sauvignon, Merlot skins are much thinner, producing fewer tannins in the winemaking process. Merlot has, traditionally, been a well-suited blend for Cabernet because the grapes ripen around two weeks earlier in the harvesting season.

Merlot’s thin skins make the grape susceptible to frost damage and rot. Hence, Merlot is often planted in well-drained soils to prevent rot. The plant doesn’t mind a drier soil, though, as it’s a very robust and drought-resistant variety.

Once the grapes have ripened, they must be harvested within one to two days. Merlot over-ripens if left on the vine for even just a few days. The riper Merlot gets, the fewer options vintners have. Grapes picked early in the ripening season produce Merlots that age long and well.

How Many Calories are in a Glass of Merlot?

A glass of Merlot has approximately 120 calories. All of them taste delicious of course 😉

There are about 4 grams of carbs in a single glass of Merlot.

Overall, Merlot is a beautiful food wine. With loud fruit flavors, medium tannins, and balanced acidity, it’s an ideal wine to pair with food. Merlot may not be as well-respected as a regal Cab, but it doesn’t have the regal price tag, either, giving you an almost certainly better bang-for-your-buck. The best food pairings for Merlot depends on what type of Merlot you are drinking.

So there you have it, the history of merlot wine, its parents, nature and all of the ups and downs that go along with it. Merlot is a pretty incredible grape and the fact that its popularity continues to grow is the real story.