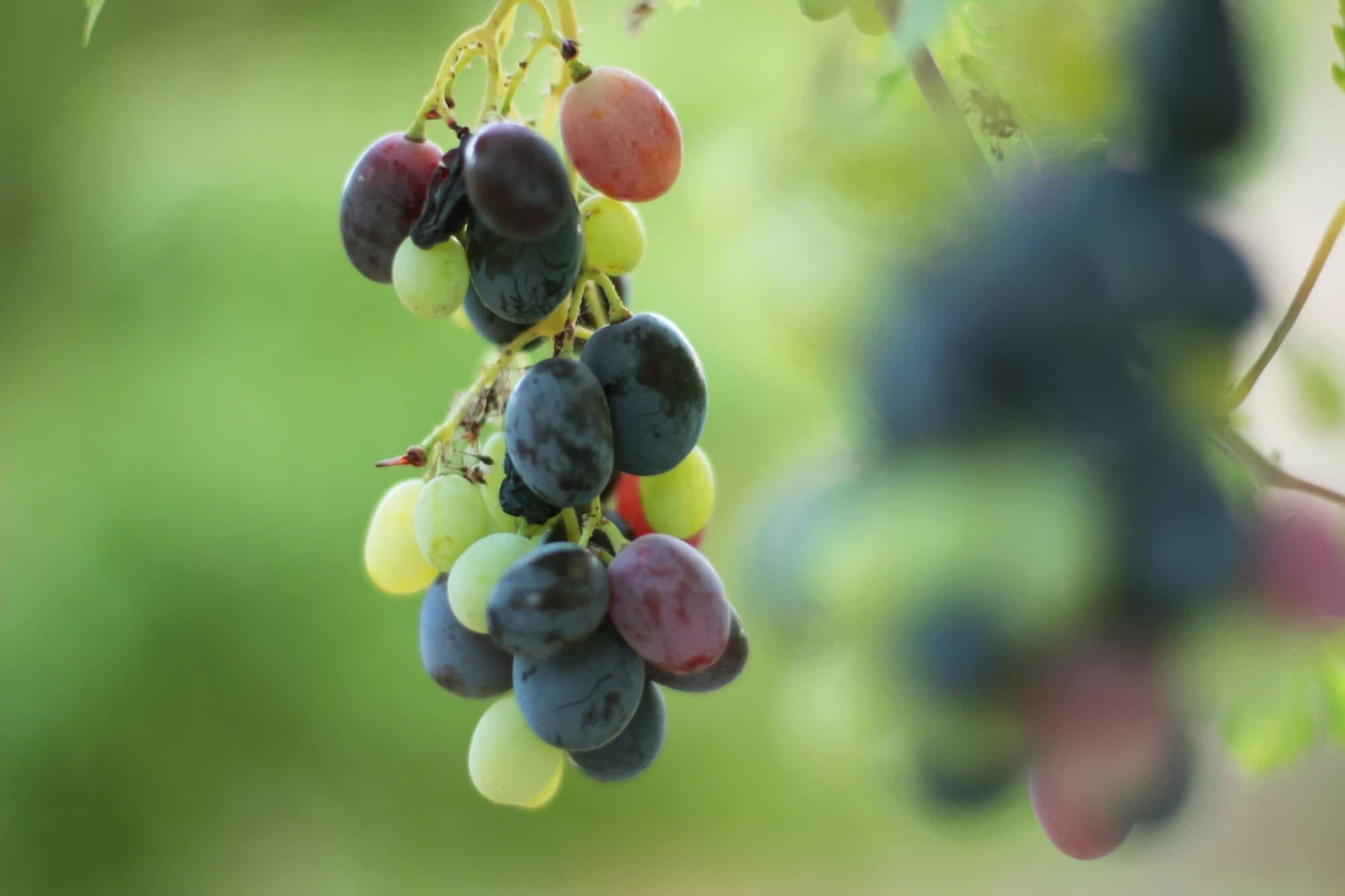 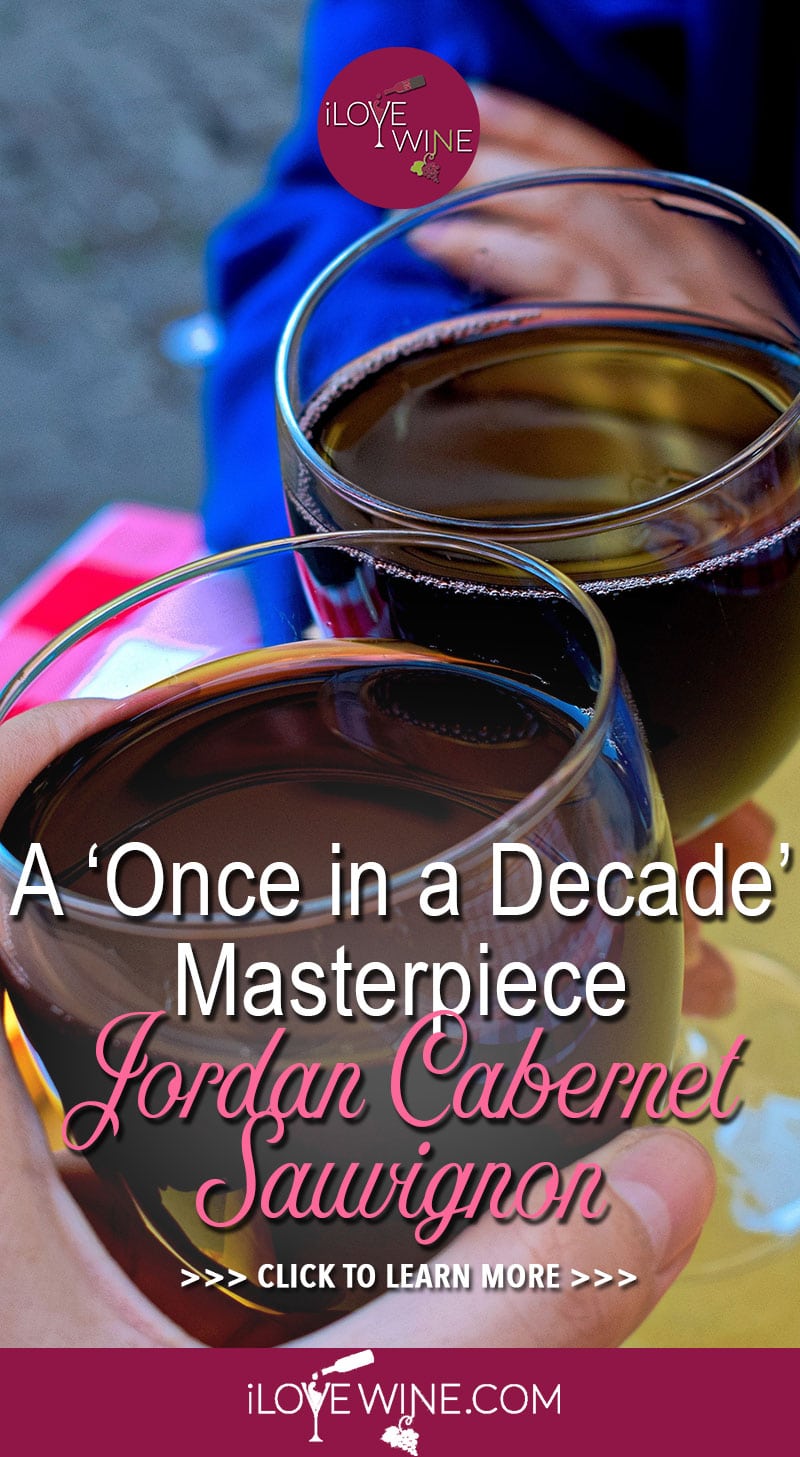 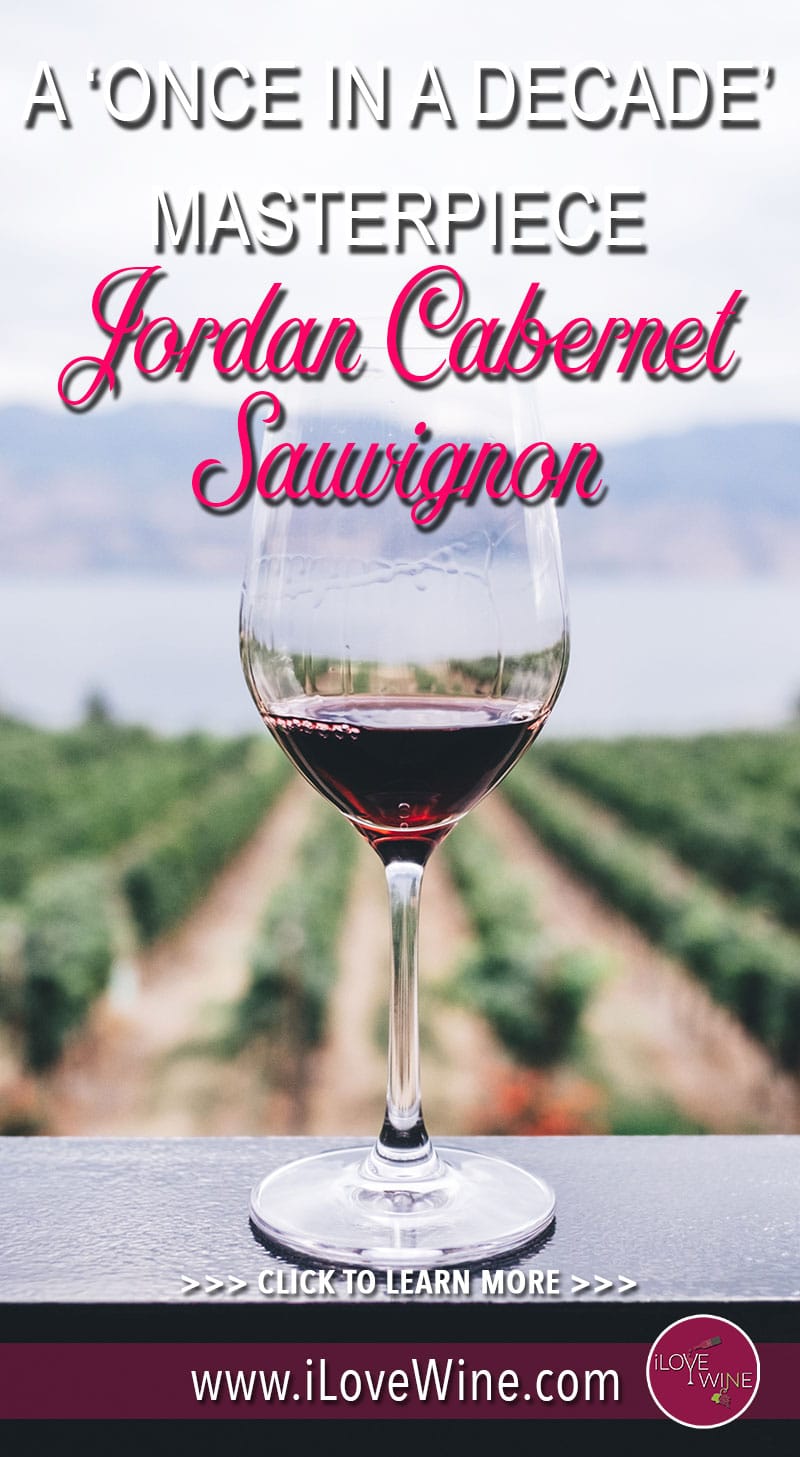 2013 achieved something that many considered impossible: it brought a Cabernet Sauvignon vintage to the winegrowers of Sonoma County that managed even to outdo the widely-acclaimed vintage of the year before. If you’re well acquainted with your Californian Cabernet Sauvignon, then you may well have already heard about or even tried the Jordan Vineyards’ famous 2012 bottle. If you are fond of this wine, then get ready to find a new favorite, or if you missed out entirely then fear not as now is your time to learn all about its bigger, better, 2013 successor. 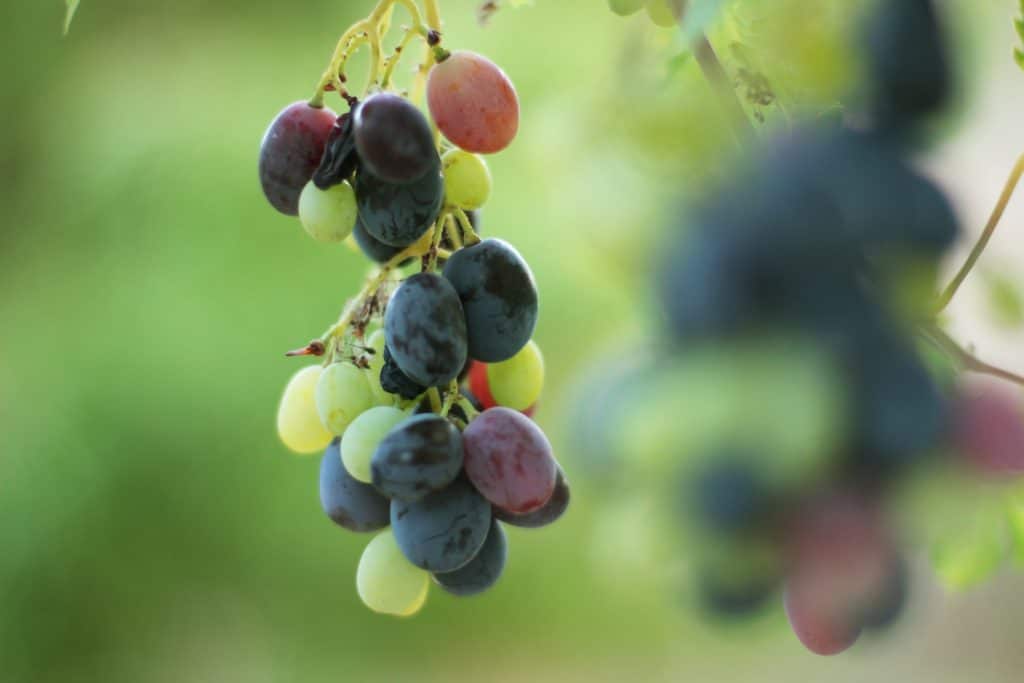 The changing of seasons in early 2013 put this year’s harvest on course for success as a consistently warm spring, without any particularly cold spells, meant that the vines had perfect conditions for bud break. As spring rolled into summer, the long, hot days provided all the glorious sunshine needed to ripen the grapes to perfection. A lack of any extremely high temperatures left the vintners thanking their lucky stars as 2013’s harvest promised to be just as good, if not better than the last.

To create the Jordan Cabernet Sauvignon 2013, the winegrowers harvested their chosen grapes between September and October. This selection included Cabernet Sauvignon, Merlot, Petit Verdot, Malbec and Cabernet Franc grapes, taken from more than 60 vineyard blocks across the estate. The grapes underwent a maceration period which was extended to 15 days, as every individual lot was re-evaluated after the initial 11 days primary fermentation period. They were then transferred to upright casks, where malolactic fermentation took place for 16 more days.

Upon completion of fermentation, the individual lots which were still separated were subject to a blind tasting by the Jordan Vineyards’ experts, who ranked them and chose the best of the bunch to be assembled into the final barrel blend. This barrel blend combination was made up of 75.5% Cabernet Sauvignon, 15.5% Merlot, 7% Petit Verdot, 1.5% Malbec and 0.5% Cabernet Franc grapes. 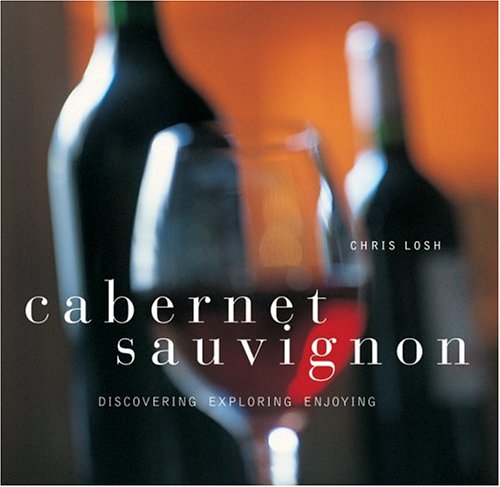 Once blended, the wine was transferred to barrels provided by five French coopers, which were also selected based on blind tastings by the Jordan Vineyards’ experts. The barrels were chosen for their vintage flavor profile and were mostly of medium toast. The end selection was 83% French and 17% American oak barrels, in which the wine was aged for 12 months. After a full year of aging, the barrel blend was reassessed, and the highest ranked lots were chosen to be combined for the final master blend of the Jordan Cabernet Sauvignon 2013. Traditional winemaking practices from France have long inspired the Jordan family, and this is evident in their use of traditional fining methods, using egg-whites to remove any suspended particles and to provide excellent smoothness and clarity to the wine, before being bottled for sale.

The End Result: An Unforgettable Taste

What you will notice first about this deliciously dark wine is the intense aroma of cassis, blackberries and ripe cherries. These seductively juicy notes will excite your senses before you taste the wine and give you a teaser of what’s to come. A lovely floral note is also present in the bouquet and adds even more layers to the sensual experience.

On the palate, the rich and intense flavors of blackberries and cassis will be the first to shine through, as the fruit notes dance around the mouth and showcase the strength of flavor and quality of the wine. These buoyant berries are also framed effortlessly by the fine tannins which come from the Cabernet Sauvignon’s thick skins, as well as the new French oak barrels which were carefully selected for the aging process.

With a 13.88% alcohol level, this vintage is highly collectible and given everything it has to offer. There will be many wine lovers desperate to get their hands on a bottle to enjoy. The good news is that this wine can be aged for up to 20 years, meaning that you can savor the flavor until 2032.

How to Enjoy Your Bottle

At the dinner table, you want a dish which will allow the flavors of your wine to sing and make every mouthful of your meal even more delectable. Naturally, when enjoying a fine red wine, a prime cut of steak is always a sure bet, and with this vibrant and decadent Cabernet Sauvignon, we would recommend the finest ribeye or filet mignon.

For something slightly different or to impress dinner party guests, a sumptuous veal tenderloin will be a guaranteed winner, as will an indulgent mushroom risotto. If you would like to pay homage to this wine’s French heritage and inspiration, why not try a traditional French recipe such as duck confit.

If you’re enjoying the Jordan Cabernet Sauvignon 2013 over a light lunch or dining al fresco on a glorious summer evening, then a beef carpaccio with crushed black peppercorns will bring to life every note of this wine and make the juicy fruit flavors explode on the palate.

To be enjoyed at its best, we recommend decanting this wine and leaving it to aerate for 45 to 60 minutes, in order to evaporate any volatile compounds and elevate the delicate aromas and flavors. 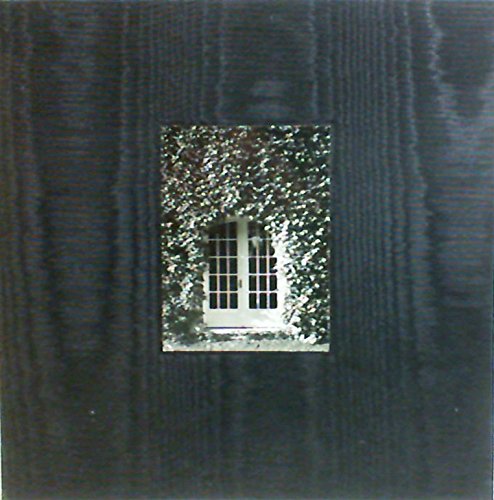 About the Jordan Vineyard & Winery

Started by Tom and Sally Jordan in 1972, this vineyard is tucked into the hills of the Alexander Valley in Sonoma County. Tom and Sally wanted to create a premium vineyard, drawing on inspiration from their favorite wineries in France. The Jordan chateau is an excellent example of their passion for French wine, as it sits pride of place overlooking their grand estate, made up of 1,200 acres of rolling hills and bountiful vineyards.

In respect to the magnificent landscape and heritage of Sonoma County, three-quarters of the land owned by the Jordan Vineyard & Winery is dedicated to preserving natural habitats. Today, the winery is run by second-generation vintner John Jordan, who learned from his parents’ passion for winemaking and continues to build on their legacy, including the excellent vintages of 2012 and 2013.