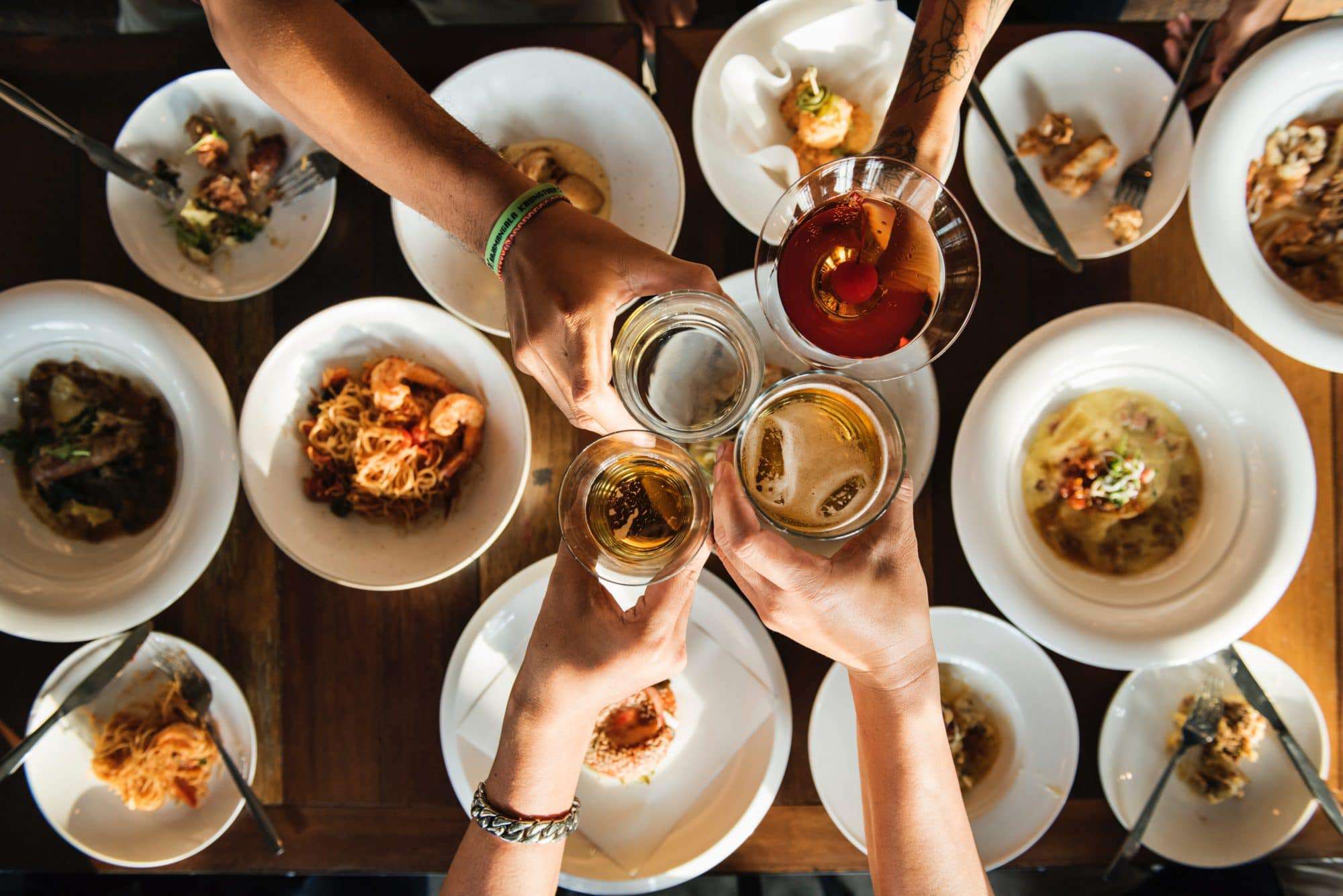 Quick Answer: There are about 5-6 beers worth of alcohol in a bottle of wine.

One of the big mistakes a new wine drinker can make is drinking way too fast. First, this is bad because they’re going to miss a lot of the flavor and depth the wine has to offer. Wines are meant to be sipped and savored. Second, if they’re drinking the same rate and volume as a beer drinker, they’re going to get very, very drunk.

While some styles of craft beer push the envelope on alcohol content, sometimes rising above 10% ABV, wine tends to have a lot more alcohol than beer. But what would be the equivalence? How many beers are in a bottle of wine?

How Many Beers are There in a Bottle of Wine?

The simplest answer here is the pedantic one: zero. Because there’s only wine in a bottle of wine, right? Just kidding, just kidding… 😉

The answer you’re actually looking for is a little more complicated. It depends on the styles of both beverages, since wines and beers each have a wide range of alcohol content in them.

Average ABV for Wines and Beers

The measure of alcohol in a drink is listed as its “ABV,” which stands for alcohol by volume. Manufacturers must print this percentage on the label, whether it’s a bottle of wine, beer, or distilled spirits.

Overall, wines typically range from 5%-20% ABV, depending on the style.

Lower alcohol wines, like Moscato d’Asti weigh in around 5.5% ABV, and German Rieslings are around 7-8%. At the higher end of the spectrum are Sherry, Port, and fortified dessert wines which might be up to 20% ABV.

Most wines fall somewhere in the middle, usually between about 13-15% ABV.

The overall average is pretty low, given that mass-marketed beers are usually not very high in alcohol compared to craft beers.

Macro beers like Corona, Heineken, and Yuengling are right around 4.5-5%, which is about average. Certain styles of craft beers, like Imperial IPA’s and stouts, may go above 10%. While this is high for beer, it’s still lower than the average wine. 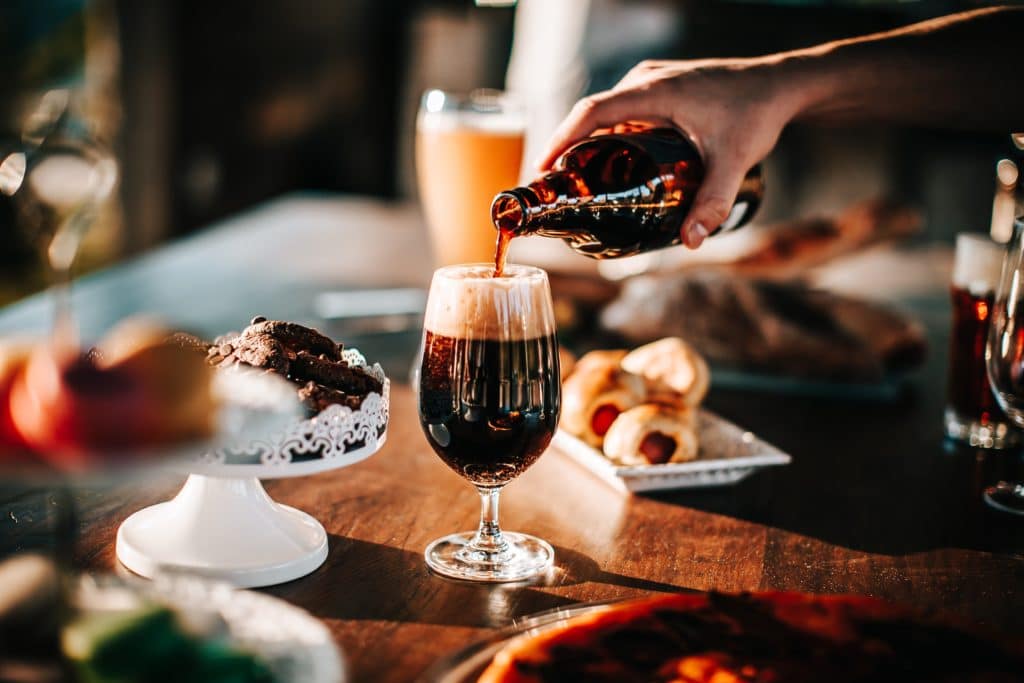 What is a Standard Drink?

The concept of the standard drink was devised in part to encourage safe drinking. It’s mainly associated with health guidelines and safe-driving campaigns. Limiting yourself to one standard drink per hour will generally keep you okay to drive at the end of the night.

How Many Glasses of Wine in a 750 ml Bottle?

As we’ve mentioned elsewhere, there are about five ‘5 oz glasses’ in a 750 ml bottle of wine. (5 oz is equivalent to 148 ml, which is about as accurate as one can expect to get when pouring a 150 ml serving of wine.)

So, that would mean there are the equivalent of five beers in a bottle of wine, if you’re normalizing by alcohol content. 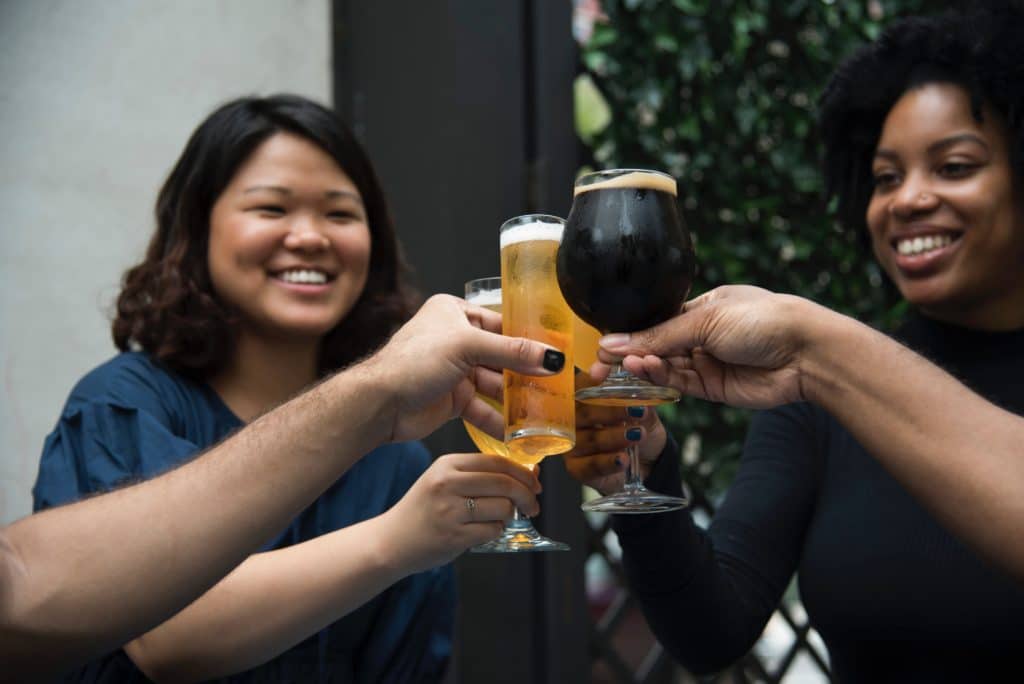 Equivalent Volumes of Beer vs. Wine

So, what volume of beer would you have to drink to match a whole bottle of wine?

Assuming the averages we described above, there are five beers in a bottle of wine:

To show the full calculation:

This calculation gets trickier if we look at specific beers and wines that are not the average. But, for the sake of showing how it’s done, let’s say you’re wondering how many bottles of Goose Island IPA you’d need to drink for it to be the equivalent of a bottle of Pinot Noir.

97.5 divided by 20.9 = 4.7, meaning that once again, you’d need to drink about five Goose Island IPAs to have the same amount of alcohol as the full bottle of Pinot Noir.

How Many Shots of Liquor in a Bottle of Wine?

Just for fun, what about liquor?

Let’s compare tequila, which is about 38% ABV, to our bottle of Pinot Noir from the last example. A shot of liquor is about 1.5 oz or 45 ml. 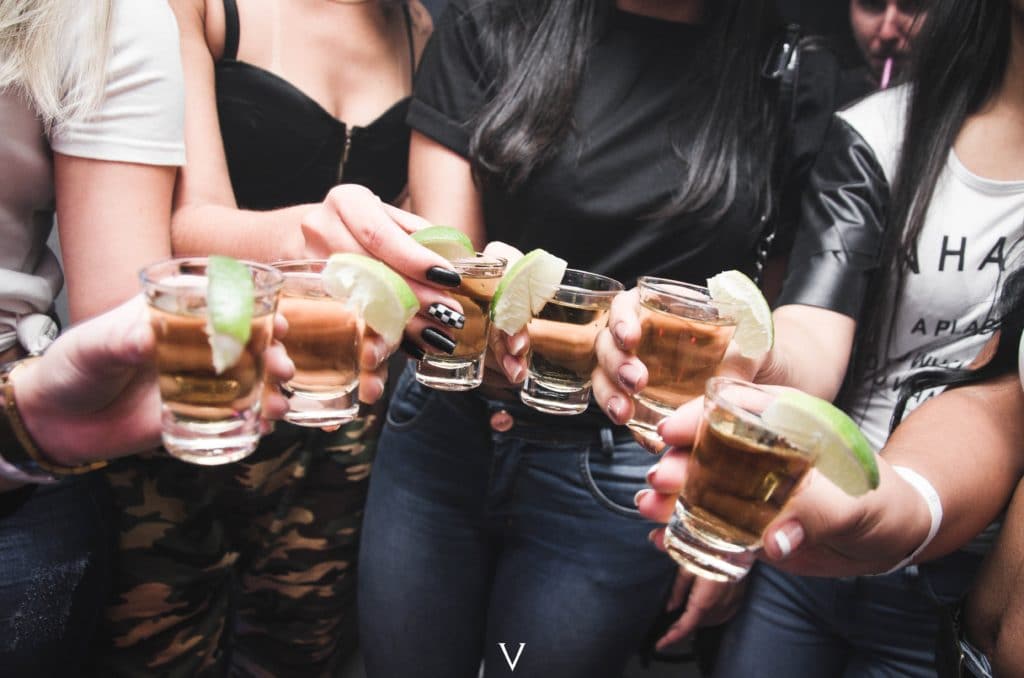 How Many Beers in a Shot of Liquor?

Now we’ll come full circle. What’s the equivalent number of beers compared to that shot of tequila? Let’s compare it with Goose Island, once again:

In this case, the glass of beer contains more alcohol than the shot. 17.1 divided by 20.9 is only 0.81, meaning you’d only have to drink part of that beer to have the same amount of alcohol as in the tequila shot.

If that sounds at all underwhelming to you, think of how fast you do a shot compared to how long you sip a beer or glass of wine!

The precise number will vary depending on both the beer and the wine, but on average, there are about five or six beers in a bottle of wine.  Just follow the above calculations as an example if you’re curious about other specific beers or wines.

How Many Glasses in a Bottle of Wine?