Everything You Need to Know about Gascony Wines

The fourth-largest generic wine region in terms of sales and production in France is Gascony, more commonly recognized as Cotes de Gascogne. Often compared to Bordeaux, Gascony is located in the southwest corner of the country, between Toulouse and the Atlantic ocean.

Gascony is often underrated as a wine-producing area, but alongside Bordeaux many people believe the wines have better value, offering the same taste and quality for a generally reduced price. Gascony is best known as the home of the musketeer D’Artagnan, but there is much more to this French wine region than meets the eye.

Throughout this article, we’ll share fascinating details about everything you need to know about Gascony wines; from the rich history of the region including Roman conquerors and fierce competition with the neighboring wine region Bordeaux to the varieties of grapes grown within this wine district. Read on to find out about all this and more, and soon you’ll be an expert on the wines of Gascony. 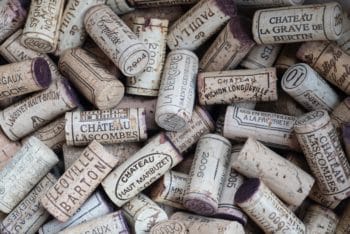 Gascony offers the same quality of wine that Bordeaux does, but the price tags are smaller.

Gascony is famous for its slow country lifestyle, a part of France far away from the hustle and bustle. As well as excellent wines, Gascony is well-known for its great food, so it’s an ideal location for a relaxing and delicious food and wine retreat from city life. This area of France is almost completely rural and offers a natural escape from the nearby cities of Toulouse and Bordeaux. It’s very close to the beautiful Pyrenees mountains, where the terroir is ideal for growing excellent winemaking grapes.

The population density in Gascony is very low, and there is an abundance of small, family-run farms producing locally-grown organic produce. This includes seasonal fruit and vegetables, meats, bread, cheeses, and of course country wines and liqueurs. The most popular wine produced is Cotes de Gascogne, an everyday wine to rival the produce of Bordeaux.

In addition, more superior wines such as Madiran, Buzet, and Saint-Mont are produced for those wanting to sample some higher-class bottles. Gascony is also very famous for smooth Armagnacs, namely Floc de Gascogne, which we’ll tell you more about later. Although nowadays, Gascony is better known for Armagnac, the wines produced here are still amongst the best.

In the southwest of France, where Gascony is found, there are more than two dozen wine producing appellations. Bordeaux is the best known, however, it’s certainly not the only one worth your interest. The rest of the area offers wines made in a very similar style, however, it also offers unique grapes and terroir that set it apart.

This rural area is brimming with gorgeous scenery and plenty of hidden treasures for the visiting wine lover, so don’t discount it just because it’s not the most famous. With Spain to the south, Bordeaux to the north, and the Pyrenees Mountains and the Atlantic ocean on either side, the region of Gascony is perfectly located to produce top-quality French wine.

The history of Gascony and Cotes de Gascogne

There’s a reason that Bordeaux wines are so much more popular than Gascony’s produce, even though they’re of a similar style and quality. It comes down to the history of the area, which was once under British rule. It is said that Gascony wines were actually more popular than their Bordeaux counterparts for quite some time, so you might question why they’re so much lesser-known in the present.

Gascony wines at their peak were shipped from ports in Bordeaux, however, as competitors, Bordeaux wine merchants saw Gascony vintners as a threat and introduced regulations which limited Gascony exports. This lead to a steep decline in the sales of Gascony wine, and Bordeaux in turn flourished.

The region of Gascony has been producing wine since the time of the Roman empire and was very important to Roman supplies. Wine production was highly successful during this time, and Gascony was at the height of its popularity. By the middle of the 11th century, the area was conquered by England and prospered still, exporting millions of bottles of wine to Britain. Gascony was reliant on imports of food from England during this period, and later this became their downfall. When Gascony became a part of France once more in 1453, exports were greatly reduced.

The Phylloxera epidemic, (a microscopic parasite which destroys vineyards) which affected many wine regions in France and across Europe, decimated the Gascony wine industry, which only returned after World War 2 in 1949. At this time, Armagnac became the biggest business of the area, but the liqueur fell out of fashion in the 70s making room for the wine industry once more. 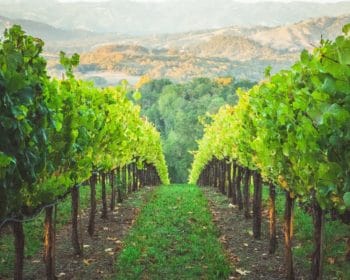 Gascony is still very much a rural area, very different from cities like Bordeaux.

The geography of Gascony perfect for viticulture owed to its excellent positioning between the mountains and the ocean. These geographical features lead to a climate perfect for grape growing, which contributes heavily towards the high quality of Gascony wines.

The Atlantic Ocean moderates temperatures to keep them out of the extremes. Meanwhile, proximity to the mountains leads to a bigger change in temperature between day and night, which any grape grower knows is ideal. The growing season is long, aiding production, and all these elements together lead to more concentrated aromas and freshness in the grapes.

White wine is by far the most popular to produce in Gascony, the area has among the best terroirs for the production of aromatic, and well-balanced white wines. The varied elevations within the IGP Cotes de Gascogne give wine producers a mix of terrains and conditions to make use of.

IGP, which means Indication Geographique Protegee, is a European specification of the quality category of wine, in France, it can be referred to as Vin de Pays. VDP means “country wine” and as classification, it sits between Vin de Table (table wine) and Appellation d’Origine Controlee (protected designation of origin). There are three main terroirs within the IGP Cotes de Gascogne, which give the wines a range of flavors.

Bas-Armagnac is the largest area, towards the west of the region. Here, the soil offers a mix of sand and clay, giving the white wines produced here a fruit-forward profile with an abundance of floral notes. In the center of the IGP Cotes de Gascogne, Tenareze features soil with a high limestone content, known as peyrusquets.

Sometimes, soil in the Tenareze area is supplemented with clay, in which case it’s referred to as terreforts. The final area within Cotes de Gascogne is called Haut-Armagnac, where vines grow in a mixture of clay, gravel, and limestone soil. You can expect white wines from Haut-Armagnac to display an elegant profile, filled with delicate flavors and aromas. 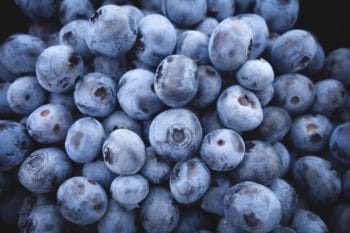 Vineyards in Gascony are Vin de Pays, which means local wine, or wine of the country.

Like so many other wine-growing areas located near the foothills of mountains, Gascony has a huge selection of grape varieties. The different climates and elevations within the region make it possible to grow grapes with all sorts of different requirements, so Gascony has a lot to offer to the wine drinker.

There are many international varieties of grapes in Gascony, ones easily recognizable all over the world, but there are many grapes indigenous to the Atlantic coast grown here as well. Gascony is actually known for blending native grapes with those from other countries, so they have something special to offer. This distinctiveness of Gascony wines is another element that sets this wine region apart.

We’ll go over the most common grape varieties you’ll find growing in Gascony, starting with ones used for 90% of the whole region’s production; white grapes:

Red grapes in Gascony are much less prevalent, as the overall production of red wine and rose within the region amounts to just 10%. However, they’re still an important part of Gascony viticulture, especially when it comes to food pairings, so we will explain the most common grape varieties: 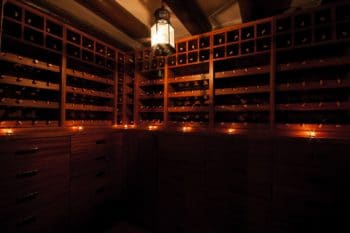 Fortified wines and fruity whites are the most popular to make in Gascony.

Wines from the Gascony wine region

Within Gascony, the wines of Cotes de Gascogne are the best known, mostly dry whites with fruit-forward profiles. However, there’s also Armagnac which we’ve mentioned throughout this article and Floc de Gascogne which is also important to know about. You’ll also need to be familiar with Madiran wine if you’re learning about Gascony, as this rich red is not to be missed! Let’s jump into a little more detail about Gascony’s best selection of wines.

It’s hard to deny that Armagnac is the single most important product when it comes to Gascony wines. This liqueur is actually made from distilled wine, and can only come from the region of Gascony. Armagnac is a kind of brandy with a very singular flavor and is usually made from a blend of grapes, unlike Cognac which is made using only the Ugni Blanc variety.

Interestingly, Armagnac was one of the first distilled spirits in Europe, but because it’s production is mostly on a smaller scale, the drink is nowhere near as common outside of Europe. Where Cognac is made on a huge scale of production, Armagnac is produced only on small farms in Gascony. Regarding taste, young Armagnac is paler in color and offers fruit flavors, for example, prunes and quince. When the spirit is aged in oak for several years longer, the hue is darker and notes of coffee, caramel, and chocolate are noticeable.

Floc is an aperitif which vin de liqueur (a type of sweet wine) fortified with Armagnac. This is then aged before approval, after which it can be sold under the AOC Floc de Gascogne. Floc is made up of one-third Armagnac and two-thirds of fresh grape juice, both of which must be made using grapes grown in Cotes de Gascogne; they actually must be grown in the same vineyard. Floc de Gascogne is available as both a white and a rose and is most often drunk as an aperitif. However, it can also be enjoyed as a dessert wine.

We recommend trying Floc de Gascogne with ice, this fortified wine should always be drunk at a cool temperature. You might notice flavors of jasmine, almonds, honey, or black fruit. One big difference between Floc de Gascogne and Armagnac is that Floc must be drunk within a year of production.

Madiran wine is produced in and around the village of Madiran, Gascony. The area became an AOC in 1948, producing a minimum of 40% Tannat grapes. Madrian is generally a strongly flavored wine, high in tannins. This makes it one of the healthiest wines on the market, as Madrian is full of procyanidins, a plant chemical shown to be beneficial in many different ways. 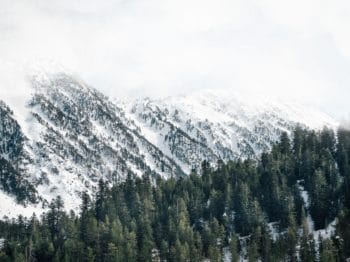 This wine-producing area at the foot of the Pyrenees has a lot of flavors to offer.

The Gascony wine region is a fascinating place, so different from the much busier wine regions which surround it. Here, the small farm producers and rural attitude give wines a truly personal touch, a noticeable difference in comparison to huge wine corporations.

You’re now well informed on the grape varieties of the area, the wines and aperitifs which put it on the map, and the rich history that explains how Gascony arrived today. Knowing all that, there’s no way you can resist a visit, or at the very least sample some Armagnac next time you get the chance.

Bonus tip: Check out this video to learn more about Armagnac!