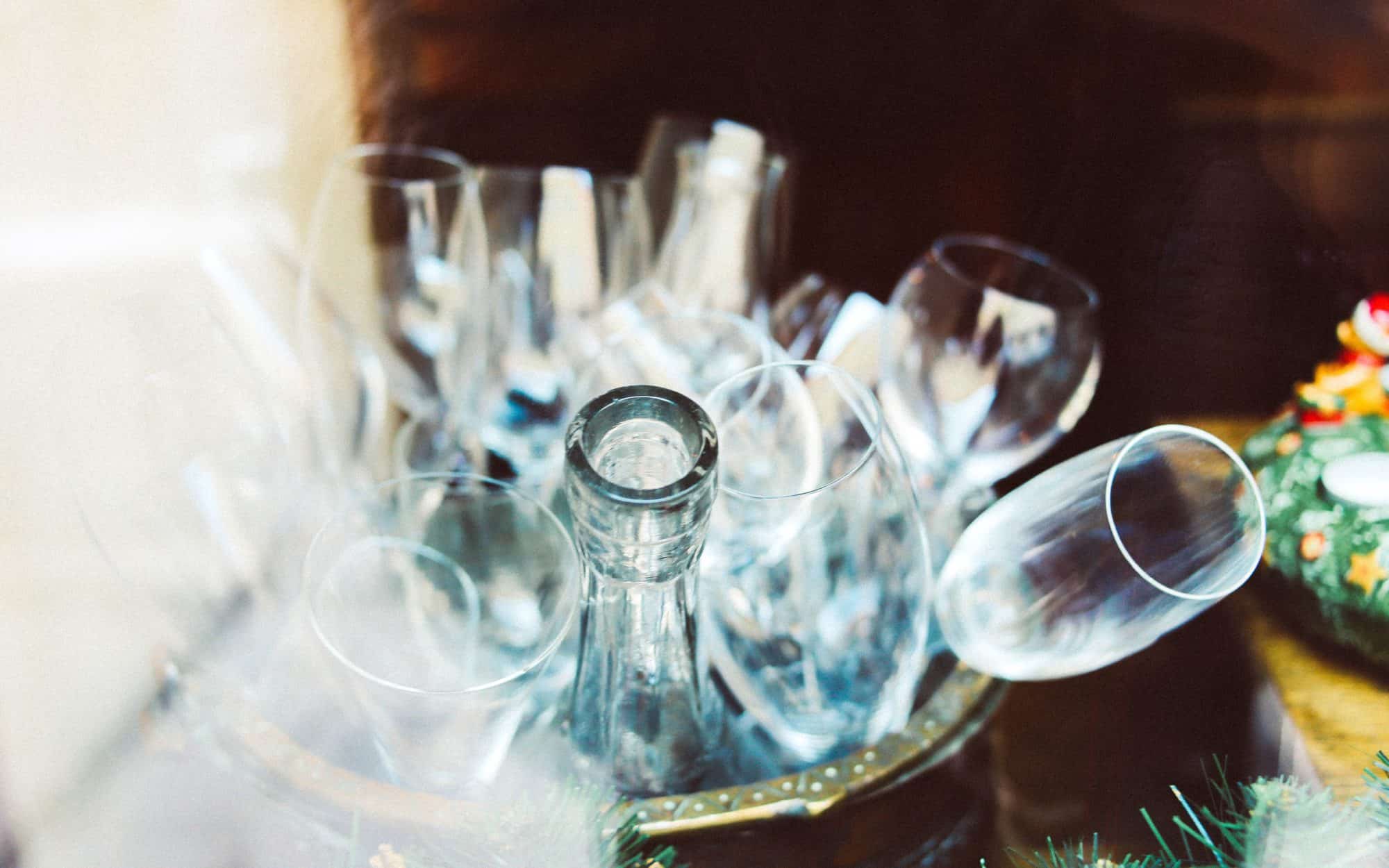 As the winter months roll around, there are plenty of holidays and feasts to partake in. And as each party requires something fun to brighten the festive atmosphere, it’s a welcome idea to bring a bottle or two of wine.

But when the sun sinks lower in the winter months, the thought that a bottle of wine could freeze starts to creep in your head. If you bring a couple of bottles of red to a party but one stays in the backseat of your car, what are the odds that it will be damaged by sitting in sub-zero temperatures? And what would even happen in that situation?

The thoughts start to pile into your head whether if it is even possible, and two, what to do when such a situation shows itself.

In this article, we will highlight the possibilities of a bottle of wine freezing as well as the repercussions on both flavor and the strength of the cork, and the bottle’s integrity.

Additionally, we will look at the process of cold stabilization that vineyards do before shipping out their bottles, and the creative ways you can consume a half-finished bottle.

So without further adieu, let’s start the article by addressing the largest looming question of the day, will wine freeze?

If you’re wondering if wine is going to freeze, the short answer is yes and no.

Apologies if you were expecting a more concrete answer to come out of this initial inquiry, but it’s not such a simple answer.

That being said, there are a lot of additional points of emphasis to plan for when trying to freeze a bottle of wine.

When factoring in the additional sugars and salts which comprise a bottle of vino, the freezing point will be a bit lower as well. It’s not like a bottle of wine is strictly made of two parts that quickly result in a simple formula of freezing.

In each bottle and style of wine, there will be different additives, tannins, and sugars that alter the specific freezing point.

That being said, while the freezing process is occurring, the crystallization of the wine is a super slow process.

During the freeze of the wine bottle, ice starts to form, and that initial freeze contains nothing but pure water. So, once you have the two parts in the bottle of pure frozen ice water and the still liquid wine section, the alcohol concentration of that area will be higher to offset the loss to freeze.

And that trickle-down effect means the part of the wine bottle with a now condensed concentration of alcohol, will have a lower freezing point than the previous 750 ml unit of wine. Are you following along?

So the freezer will have to be even cooler if you hope to freeze down the wine to the point where the entire thing is 100% solid. However, if you’re hellbent on completely freezing a bottle of wine, continue to read on as we explain the process further.

What’s The Freezing Point Of Wine?

If you’re somehow hoping to empty out the ice rink in your backyard and replace the water with wine for a party, know that the freezing point you’re hoping for will probably never come.

For a bottle of wine to turn completely solid, you will need to have a really powerful freezer, something better suited for a lab experiment that keeping the frozen bag of peas cool.

Pure ethanol (the alcohol used in wine), with a 100% alcohol concentration, has a freezing point of around -117 degrees celsius. Obviously far cooler than the interior of your kitchen appliances, so you’ll never have to worry about coming home to a frozen tundra within your green bottles from California or France.

What Happens To A Bottle Of Wine When It Is Frozen?

Nevertheless, a good bottle of wine shouldn’t be kept in such damaging environments for the sake of the wine’s quality.

In the same way, as excess heat can cause unfortunate damages to the bottle and the wine’s flavor, an excess freeze will cause a change in the bottle’s pressure, and the cork’s relationship to the inside and outside of the bottle.

At What Temperature Should I Store My Wine?

Obviously, it’s bad to freeze your wine, and it’s bad to keep it in conditions too hot for the wine to handle. But that still leaves a lot of leeway regarding the best possible temperature for a bottle of red or white, so let’s try and resolve this question simply and assuredly.

The Chemistry Of Freezing Alcohol

If you’re still interested in how to freeze a bottle of wine completely, well we have you covered.

Perhaps better suited for a scientist of any other white lab coat wearing brethren of the vineyard community, we find the science behind this process fascinating and wanted to expand on the prospects a bit more.

What Are The Alcohol Percentages And Its Closest Comparisons?

While we’ve already addressed that wine hovers around 12.5 percent, that doesn’t mean that all alcoholic beverages follow the same standards.

Below is a table discussing the alcohol content in various alcoholic beverages.

It’s important to stay safe and cogent before driving home or scooting off to the next bar.

Winemakers And The Cold Stabilization Process

Often a vineyard will cold-stabilize their wine between negative 5 and 5 degrees celsius before shipping it out. Basically, this is to filter it, taking out the colloids that would settle if the wine were to reach that temperature again.

Cold stabilizing a wine means to remove the unstable potassium bitartrate from the bottle. Now, you may be asking yourself, what on earth does that even mean?

The potassium bitartrate is a naturally occurring salt of the grape’s tartaric acid. This acid is the key contributor to a wine’s tartness, a major factor in its overall flavor. Okay, now that we’ve established the definitions, we can move onto the process.

When Would I Want To Freeze My Wine?

Just because you aren’t going to be able to freeze your bottle of wine doesn’t mean it doesn’t sometimes have its benefits. Freezing wine can be beneficial as a way to slow down the oxidation process of an already opened bottle of wine.

But that’s not to mean that you always need to drink your wine properly and at the exactly correct temperatures. Wine cubes are a fun way to spruce up an old red that’s been sitting on the counter for a bit too long.

Obviously, at room temperature and a few days flat, the wine has probably lost some of its initial spark and its time to turn it into a new system. Just take your leftover wine can put it into an ice cube tray, and notch your freezer to its coldest setting. The freezing temperature within should be enough to hit the freezing point of wine.

The different kinds of wine correlate to a different frozen wine. Sometimes you may want to make a slushy from champagne, and that will require more than an ice cube or two. So have fun out there and try some fun recipes out.

And as we reviewed in the cold stabilization process, If you try to recreate the same conditions as the wine manufacturer does in the development stage, well you will see some tartrates again, I’m sure. And then the wine may become a bit hazy, the color impacted a bit. But it will still be perfectly drinkable.

Wine is not going to freeze completely 100 percent, but that doesn’t mean it can’t be impacted by extreme temperatures. So keep your bottles inside when you can, and outside of direct sunlight, and enjoy your wine any day of the year, from freezing winter days to gorgeous summer highs.

Bonus tip: While you’re at it, check out this video on how to freeze leftover wine!