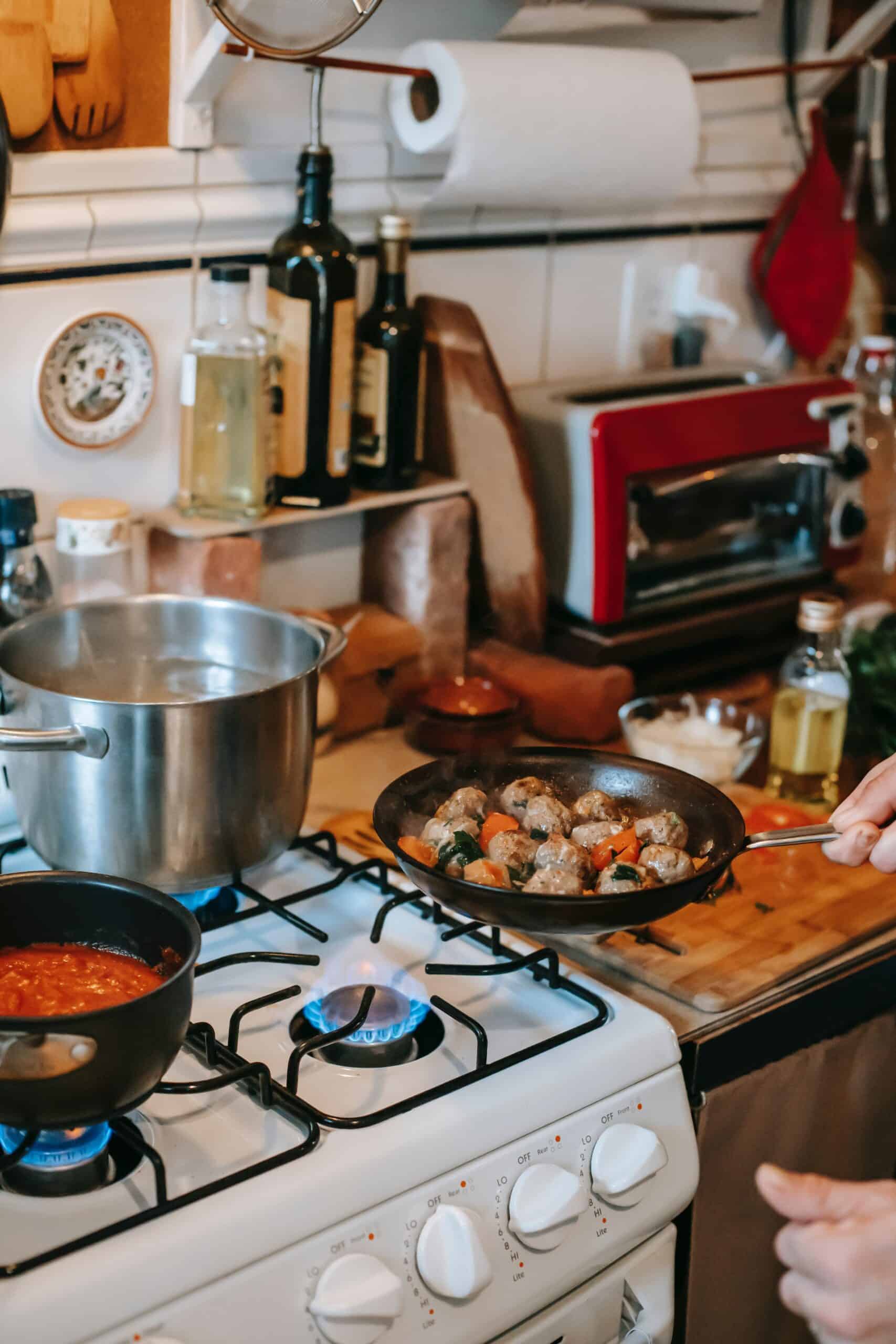 Sherry, a fortified wine, has a distinct flavor and acidic character. It genuinely enhances the flavor of any dish you’re creating, even if you use a minimal amount. However, hardly everyone has sherry on hand, and buying a whole bottle for a single tablespoon could be a waste of money. This article details some alternatives to sherry that may be used instead.

What exactly is cooking sherry?

A helpful cooking ingredient, cooking sherry, may enrich the tastes of foods while also adding a nutty flavor or creaminess.

Cooking sherry is a kind of sherry that has been modified to make it suitable for use in the kitchen while preparing different recipes. Sherry is a fortified wine created from grapes, but cooking sherry has been treated with various chemicals, such as salt, that affect both the taste and the shelf life of the product.

What is the benefit of using it?

One of the most common uses for sherry in the kitchen is deglazing a pan. This means adding cold alcohol to a hot pan containing cooking residue and letting it cool.

It is significantly more effective than water as a deglazing agent. This is because the residue on the pan typically contains proteins that are soluble in alcohol rather than water.

This allows the food flavors in the pan to infiltrate the liquid. This gives your food a richer, deeper flavor.

It is also used to flavor dishes cooked at low temperatures for long periods. This includes stews, soups, sauces, and even marinades.

One may use dry white wine, dry vermouth, or white wine for cooking sherry since they will have a taste and flavor comparable to cooking sherry. Chicken stock and other sweet (non-dry) options are available. 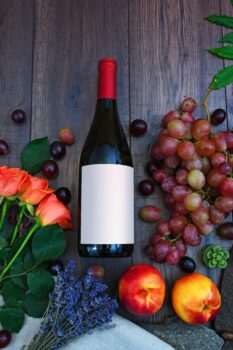 Dry red and white wines are excellent cooking sherry substitutes in the kitchen. You may replace any cooking wine with cooking sherry if you want. Sauvignon Blanc, Pinot Grigio, and Semillon are some of the greatest varieties available.

They are often used in dishes that include chicken, pigs, seafood, or even ones that use mushrooms. In a variety of sauces and marinades, they are complement well.

White wine is also a common ingredient in many recipes since it aids in deglazing pans. In general, dry white wine is a viable alternative for cooking sherry in most situations. It’s crisp and tasty without being too overbearing, and it may give your cuisine a sweet and acidic boost by combining with other ingredients. 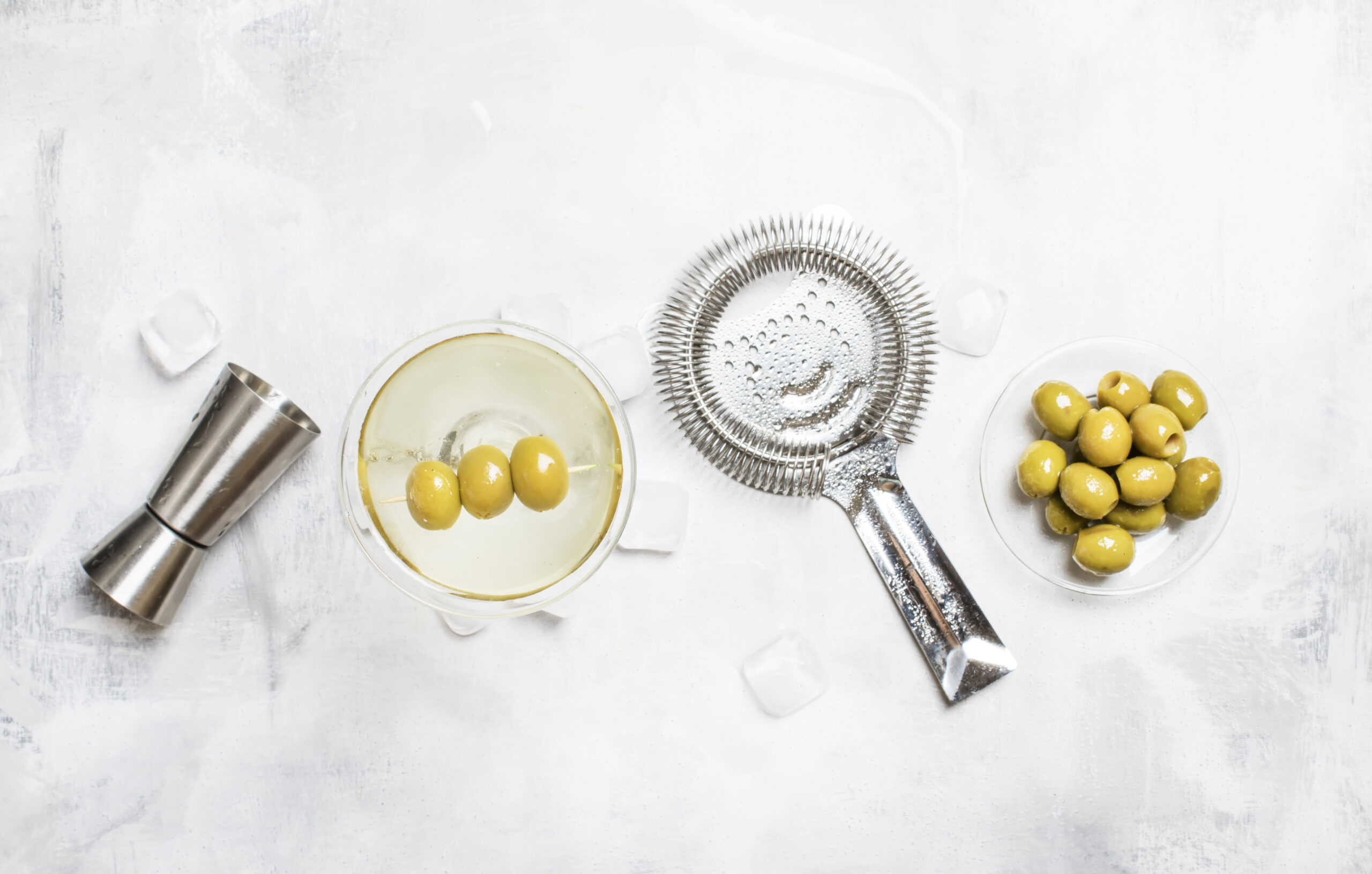 Is there another good sherry alternative? Will white vermouth with a dry finish work! No sweet vermouth (which is often red) or semi-sweet vermouth (such as Dolin or Lillet Blanc) should be used in this recipe.

Dry vermouth is one of the most effective sherry replacements for cooking. This wine is a good choice if you’re making chicken, pig, or shellfish recipes that call for sherry. It’s also great for soups and stews.

The herbaceous taste of dry vermouths, as opposed to sweet vermouths, makes them an excellent choice for culinary applications. You may use this product in place of white wine or cooking sherry in any recipe that calls for either of these ingredients.

When it comes to dry vermouth, it has a more robust flavor than other cooking wines, so it’s best to start slowly and taste as you go. 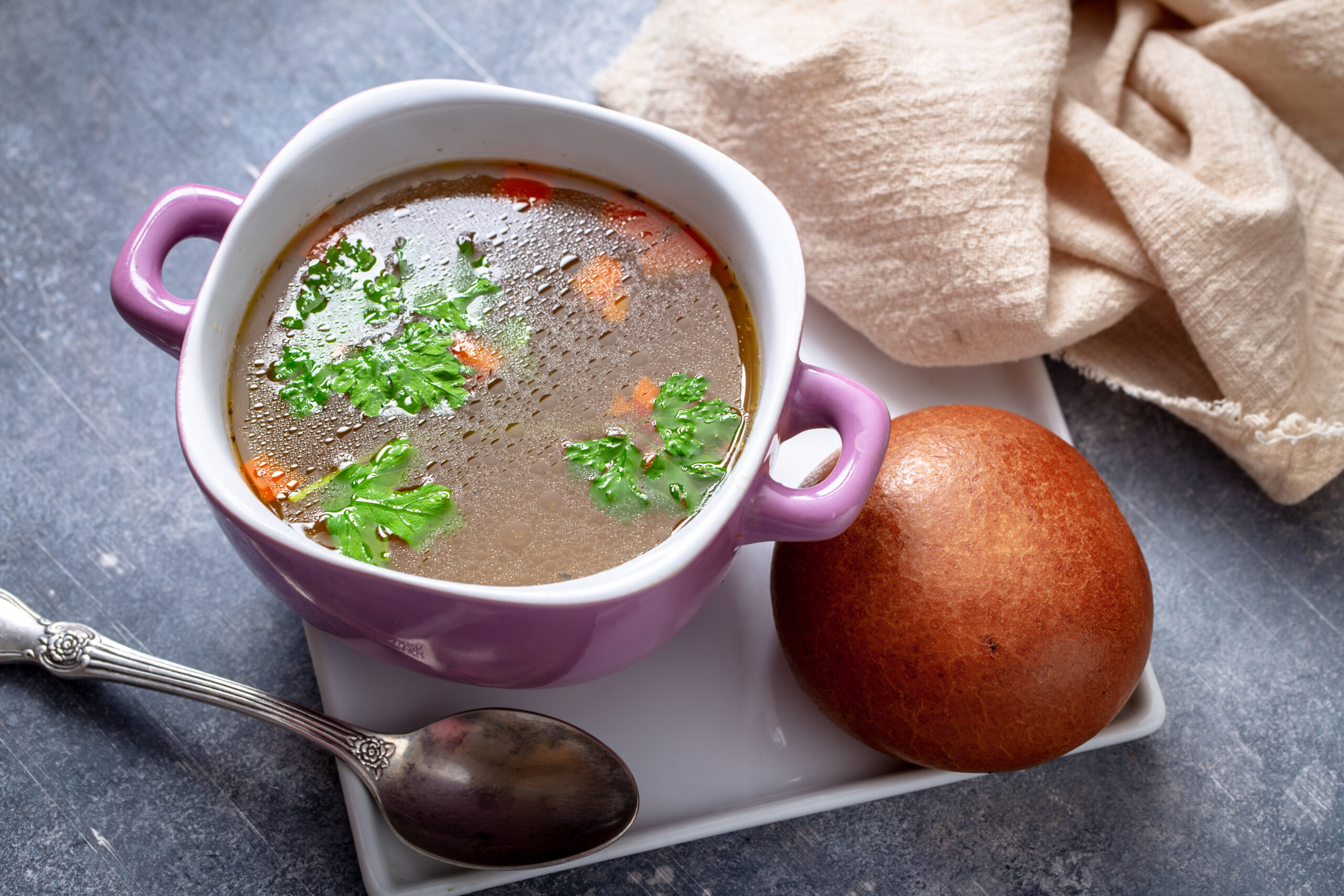 Vegetable or Chicken stock is one of the most commonly used non-alcoholic cooking sherry substitutes. It may be used for various purposes and in a plethora of different recipes.

It is not only possible to make a typical chicken soup recipe using chicken stock, but it is also often used as a foundation for sauces, stews, and marinades. It’s also great for deglazing when you don’t have access to sherry or wine.

The use of stock instead of sherry may be substituted for sherry in several meals, including risotto, polenta, and marinara.

These days, chicken stock is available in low-sodium varieties, making it a healthier substitute for cooking sherry. 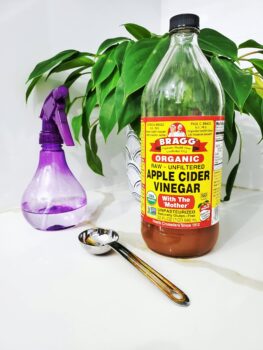 Apple cider vinegar is undoubtedly one of the most effective non-alcoholic sherry substitutes for cooking. It contains fruity undertones that are reminiscent of sherry. Because of its acidic characteristics, you may also use it to deglaze a skillet after cooking.

Using apple cider in any soup, stew, marinade, or sauce dish that calls for cooking sherry is a great way to save money. On the other hand, Apple cider vinegar may be a fantastic option for a variety of foods. In both situations, you will want to use a little less sherry than the recipe asks for when cooking with sherry since the tastes are a little more intense. 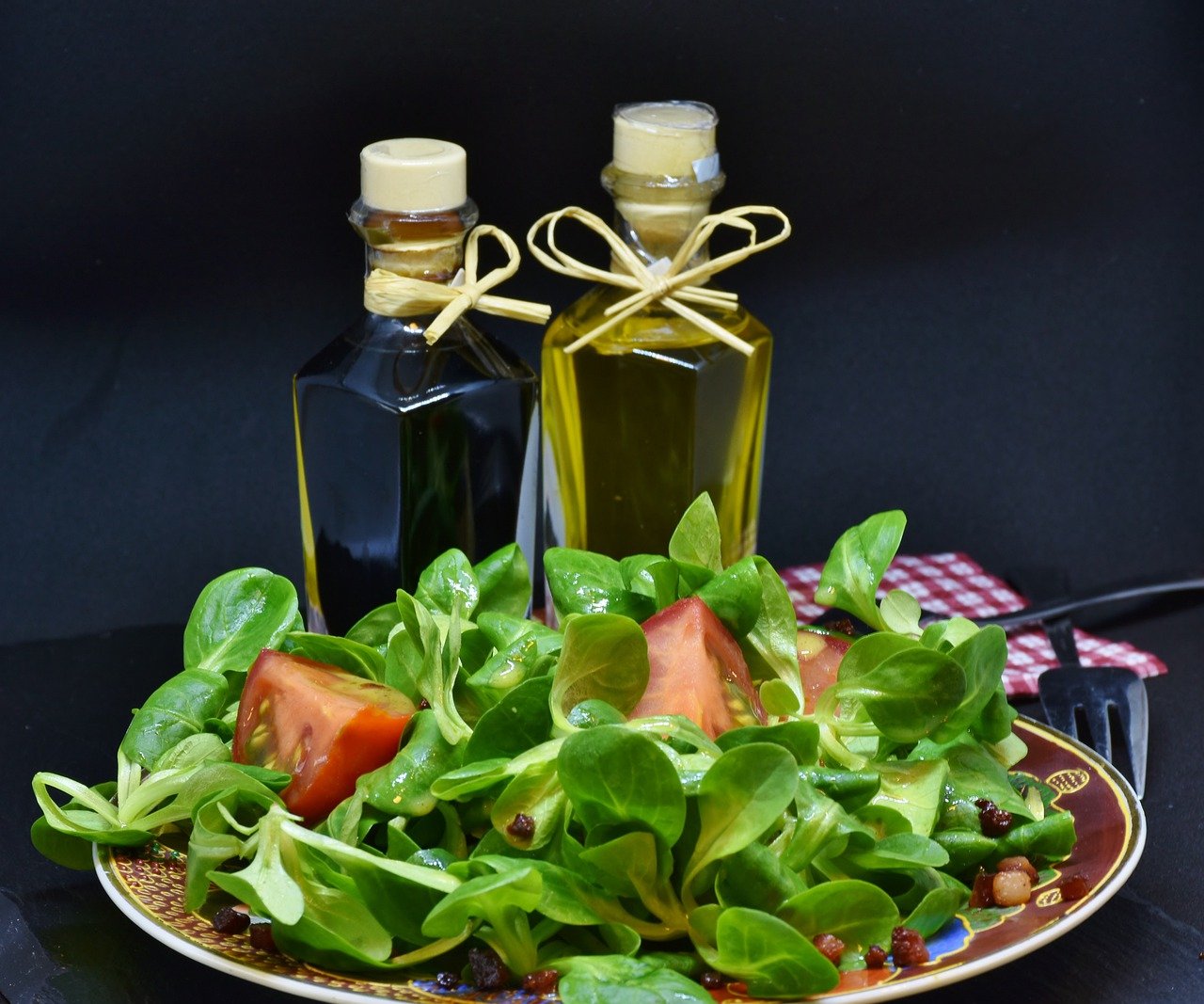 White vinegar is also used as a  cooking sherry substitute in some instances. It is such a ubiquitous home product that you’re likely to already have some on hand in your kitchen cabinet or refrigerator. The disadvantage of using it as a replacement for sherry is that it cannot be used in place of sherry.

To whiten vinegar for use in a recipe, combine it with water and sugar before being used. To make one cup of cooking sherry, mix half a cup of vinegar with half a cup of water and two teaspoons of sugar in a small mixing bowl.

Even while white vinegar is a widely available and handy replacement, the taste will likely not be a perfect match for the original. Except for you, it’s doubtful that anybody else would notice a difference, and it may surely assist you in creating a delicious sauce or marinade.

While cooking, there are a variety of replacements that may be used in place of sherry. The ideal alternative for cooking sherry can vary depending on what you want to use it and how much time you have.

Some of the greatest possibilities for replacing cooking sherry are listed above, along with some other suggestions. They all have the same basic taste profile, and many of them may be used in the same applications, such as deglazing, sauces, marinades, and other dishes, among other things.