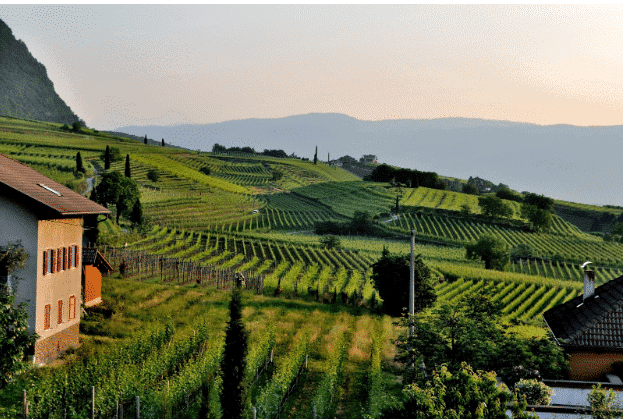 Dolcetto is often overlooked outside of the Piedmont region of northwestern Italy where most of it is grown. Some refer to it as a lesser grape from that region, ranking it third behind the more celebrated Nebbiolo and Barbera. While it’s true that Nebbiolo brings us Barolo and Barbaresco, the most prestigious of the Piemonte wines, it’s Dolcetto that the locals enjoy with dinner on a typical summer evening.

Part of the appeal of Dolcetto is that it’s affordable, easy to pair, and even easier to drink. Although the name means “little sweet one” in Italian, the wines made from this grape variety are not sweet. In fact, they tend to be extremely dry and light-bodied, often with strong fruity notes. It may have gotten its name from its low acidity compared to other grapes from the region.

Dolcetto is also easier to cultivate than either Nebbiolo or Barbera. Of the three, Nebbiolo is the most challenging to ripen and requires the warmest, sunniest spots in the vineyard. Barbera is slightly less finicky, but still needs reasonable warmth and light.

Dolcetto happily grows well almost anywhere and is an early-ripening grape, making it a reliable choice for winegrowers. It gives them a quick to market wine to sustain them until the other grapes are ready. Dolcettos are also remarkably affordable even after import, making them a great addition to weeknight dinners. 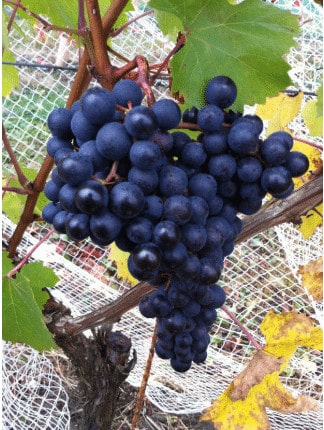 Even though they’re inexpensive, these wines are anything but plain. Dolcettos have soft, round tannins and boast gorgeously dark fruit flavors, like black cherry, blackberry, and plum. Some have hints of prunes, licorice, leather, tobacco, and cedar. Many have spicy, even peppery, aromas and a bitter almond finish.

Dolcettos pair well with rich, fragrant foods with fatty components. For example, they’re the perfect addition to a well-composed charcuterie board, with soft fresh cheeses and cured meats. They’re also wonderful with rich dark meats and roasted vegetables. Pasta sauces with wild mushrooms, garlic, and other earthy flavors beautifully bring out its undertones, as well. Overall, their balance makes them quite flexible. If you’re looking to elevate pizza night or steaks on the grill, a bottle of Dolcetto is a nice alternative to the usual Cabernet blend. 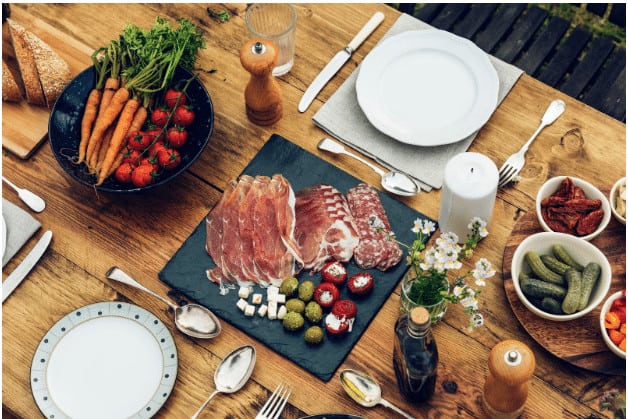 [Bring out a bottle of Dolcetto to go with your favorite charcuterie assortment.]

You may age a Dolcetto if you like, but due to their low acidity, it’s best to drink them within 3-4 years. Like any red wine, decant at least thirty minutes before drinking for proper aeration. It’s most ideal to serve them at room temperature, 60-68°F or 16-20°C.

There are a few plantings in the US, Australia, and New Zealand, but the majority of Dolcetto plantings are in the Piedmont region of Italy. Only wines from this region may be called Dolcetto under the DOCG. Of these, the most common styles you’re likely to encounter are:

This style originated in the area surrounding Dogliani, often called the birthplace of Dolcetto. It’s fitting then that this is the boldest of the varieties, deemed most complex and worthy of aging. These wines boast the rich flavors of coffee, chocolate, and dark fruit. They may come to market fresh or aged at least one year for DOCG status.

Although not as bold as Dolcetto di Dogliani, it’s often said that Dolcetto d’Alba better highlights characteristics of the grape. This style also has more floral aromas, such as lavender and violet. It is meant to be drunk while it’s young, though is aged for at least 14 months for a superiore rating from DOCG.

Dolcetto di’Asti is another lighter, very drinkable style of Dolcetto. It overlaps with both the Barbera d’Asti and Moscato d’Asti, but is still made from 100% Dolcetto grapes. 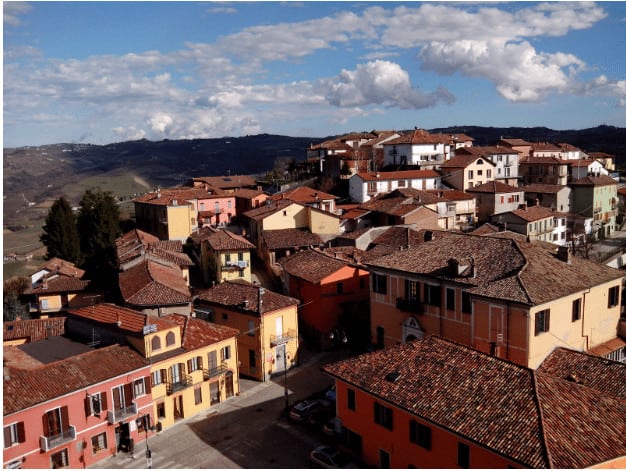 [The view over Diano d’Alba in the Piedmont region of Italy. Wikipedia.]

One of the wonderful things about this style is that the wines tend to be fairly inexpensive. In fact, you often can get a fantastic bottle for under $20. Here are some wineries to look out for when you’re shopping for Dolcetto. Remember that these wines are best when they’re young, so it’s fine to choose a recent vintage.

Poderi Luigi Einaudi is a gorgeous winery in Dogliani and one of the first to bottle and distribute Dolcetto. Established in 1897, they’ve been producing wines for four generations, proving to be one of the best in the Langhe region.

Pecchenino Farm is a beautiful estate in Dogliani that produces a line of spectacular Dolcetto, including some superiore. If you’re planning your honeymoon or next wine vacation, you should look into their bed and breakfast.