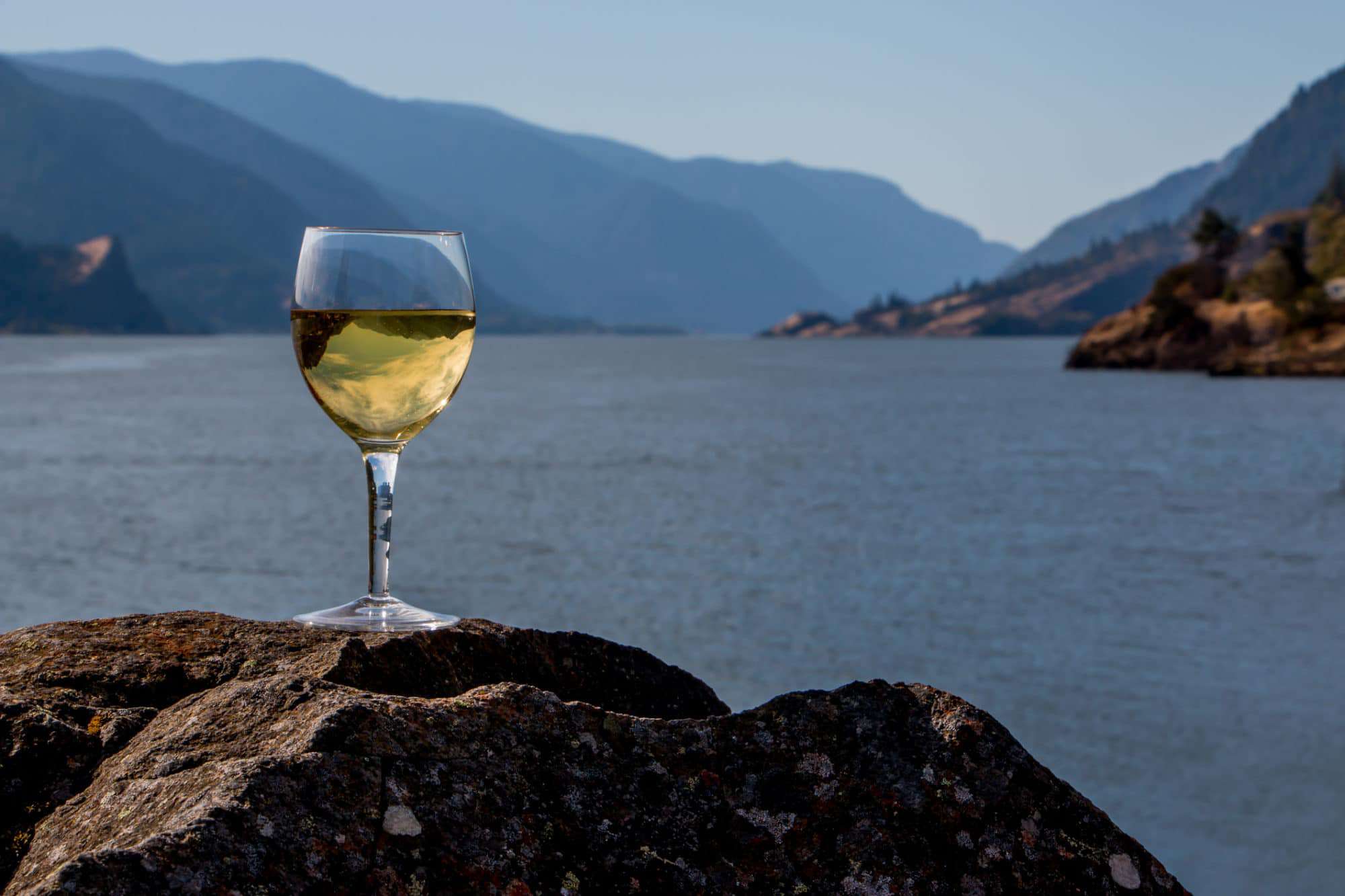 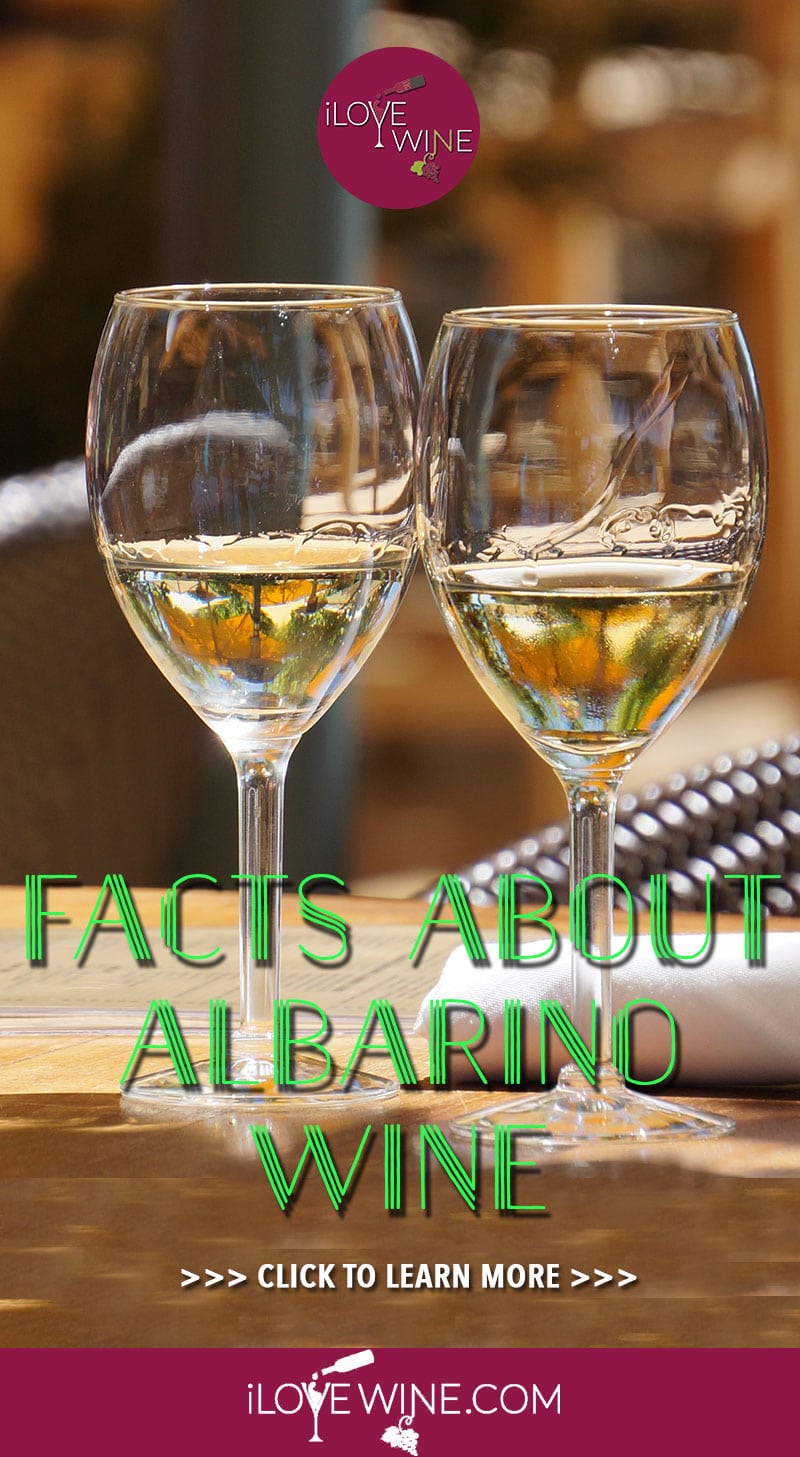 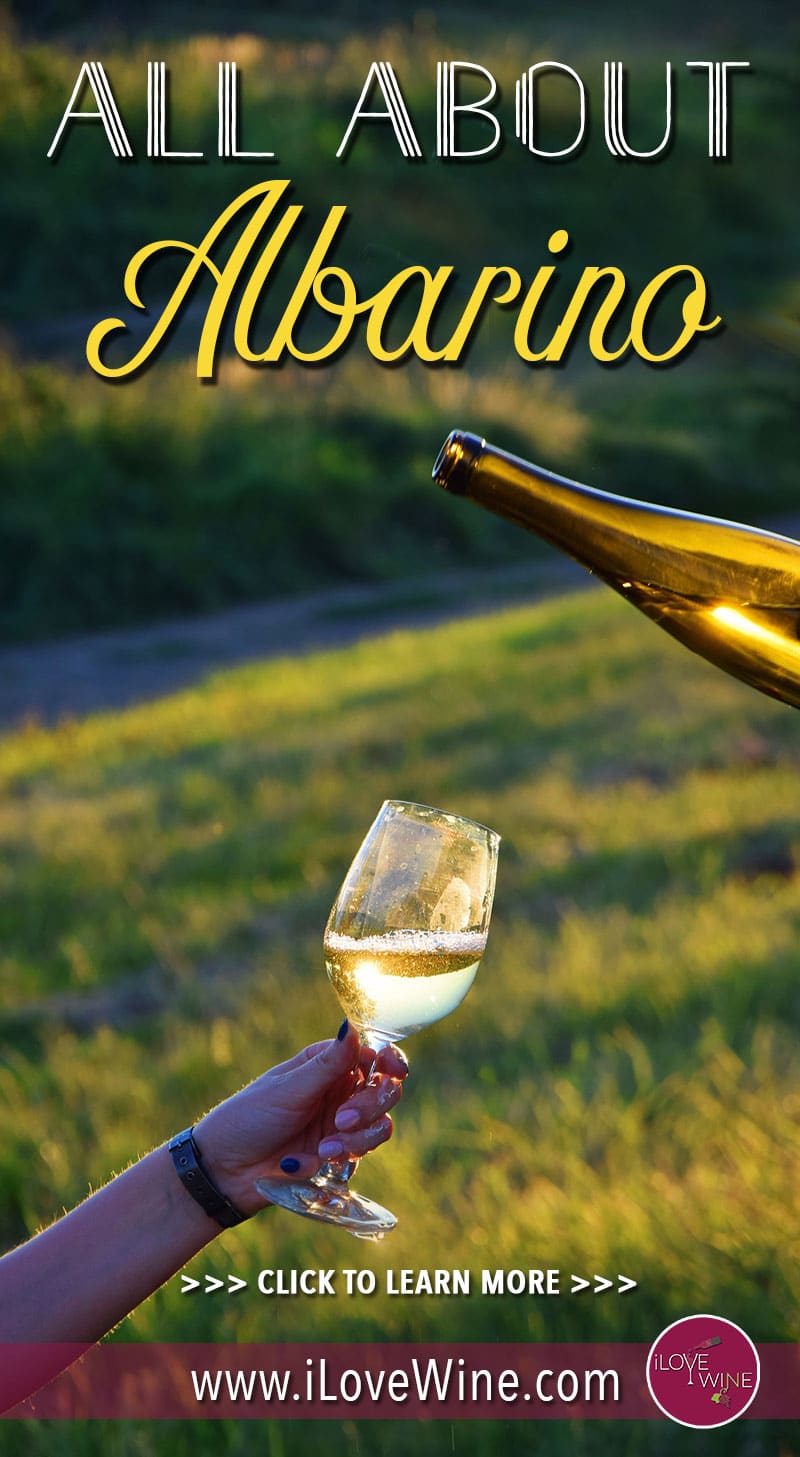 Albarino wine: for lovers of all things seafood

Looking to pair your seafood entree with a complimentary wine? Albarino’s acidity, citrus, and dry finish are ideal for Mediterranean fare. In this article, learn all about what makes Albarino wine an exquisite choice for refined palates.

Albarino is characterized by its crisp citrusy flavor and a hint of salt. It is the ideal pairing for seafood dishes and light pasta. Some of the interesting notes of Albarino include peach, melon, salty brine, buttercup, and yeast. This wine is a product of its growing environment, which is influenced heavily by the nearby Atlantic ocean. Hence, the wines distinctive hint of salt. 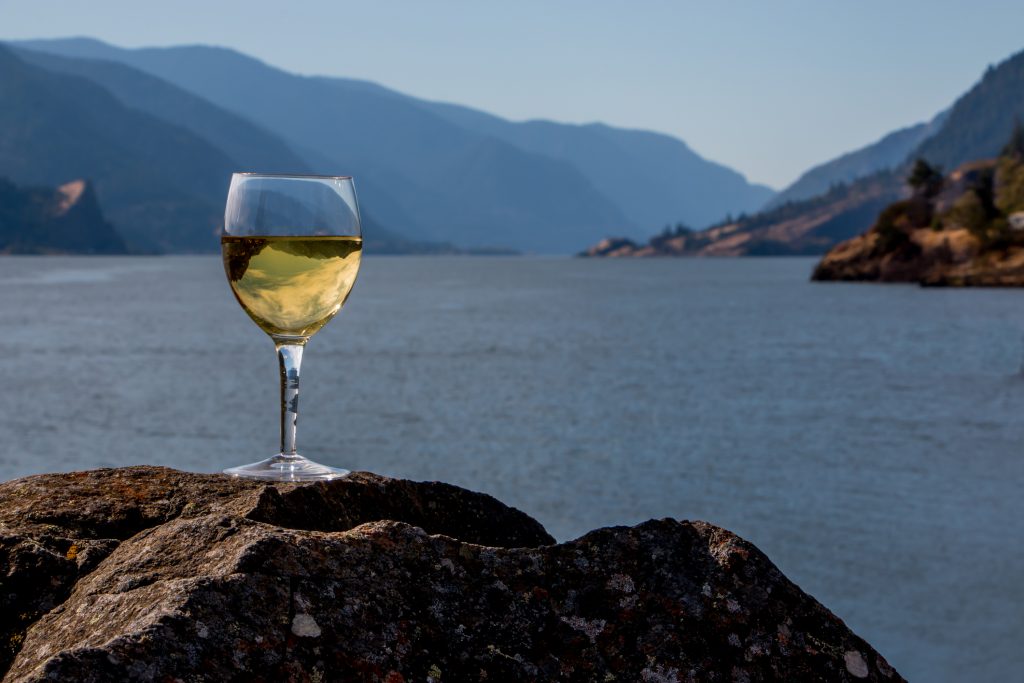 Albarino was originally created by monks as far back as the twelfth century. The wine was thought to be an offspring of Riesling and Petit Manseng. However, further investigation shows that Riesling was documented first in the 15th century, which leaves a mystery as to which wine came first: Albarino or Riesling?  Whichever grape was the first, Albarino has endured and thrived in the vineyards of Spain and Portugal and continues to this day.

Fresh, minerally, and citrusy are the first words that come to mind. If you’re looking for a light-bodied wine with distinguished notes of citrus, a refreshing medium-palate, and a complex and accommodating finish, look no further! On the first sip, your palate will be greeted by gentle yet definitive notes of light citrus and invigorating acidity. Subtler notes of ripe, fleshy fruits are then followed by a zesty finish of saline acidity. Here’s a breakdown on what awaits your first sip of Albarino wine:

Albarino wine is best enjoyed after extensive sniffing in your glass. It has potent aromas of the light citrusy fruits mentioned above, which migrate from your nose to your mouth on the first sip. Albarino’s satiating acidity is the first punchy tone you’ll get along with citrus, followed by a balanced mid-palate, salt, and a lingering fizzy finish of grapefruit.

How should I serve Albarino wine?

Albarino wine is a perfect before-dinner wine or companion to hors d’oeuvres and appetizers. Its acidity makes it a particularly good palate cleanser. If you’re enjoying Albarino with a meal, pair it with lighter fare.

Albarino changes as it gets warmer, making it a dynamic wine. As it warms, Albarino wine becomes less minerally and citrusy with more fruit-forward flavors of pear, apricot, and apple. 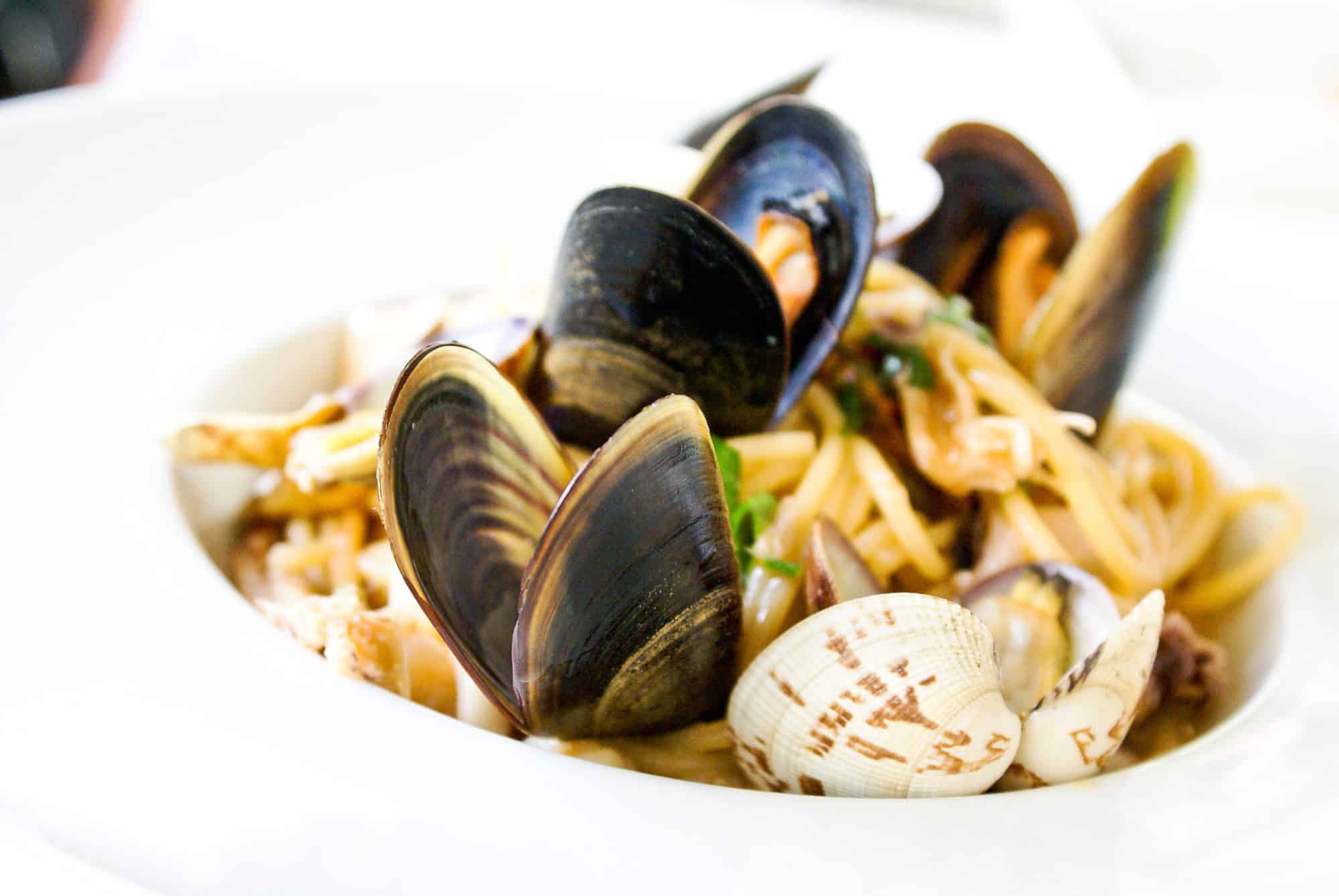 What should I pair with Albarino wine?

Albarino’s acidity and light bitterness makes it a perfect palate-cleanser for a wide variety of foods. Albarino is usually served with light to middle intensity foods, such as fish and poultry and cream-based dishes. Albarino truly shines with dishes drizzling with fresh citrus and aromatic herbs, such as:

If you’re sipping on a young fresh Albarino, pair it with the following:

Albarino is native to the Iberian peninsula where it is caressed by the cool winds of the Atlantic Ocean. The grape’s indigenous ocean climate infuses the wine with salinity and tastes of mineral. Albarino wine is changes drastically depending on the climate. Albarino wine produced in warm climates brings out the wine’s richer fruit characteristics. Cooler regions bring out Albarino’s more citrusy characteristics, as well as acidity.

Albarino is the Galician name for the grape used to make its namesake wine. Legend has it that Albarino was brought to Iberia by monks in the 12th century. Recent genomics suggest that Albarino is a close relative of the French grape Petit Mansag. Until recently, Albarino was an obscure and exotic variety owed to the remoteness of Galicia. For centuries, Albarino wine was kept mostly to locals. But with the advent of modern transportation (i.e. boats and trains), Albarino quickly blossomed on the world wine market, where it rose among the ranks of the world’s best white wines.

Albarino grapes are renown for their large yields and hefty harvests. Some growers have refined a method of overharvesting the grapes, which produces a wine of lower alcohol content. When over-cropped, Albarino wine will only produce around 8.5% alcohol, which is what separates the quality vintners from the over-producers.

Albarino vines are perfect to train onto a canopy and must be tied with strong wire. Each vine will typically produce thirty to forty buds in bunching clusters. The cool breeze from the Atlantic ocean is essential for Albarino to develop its complex citrus and salt notes.

In Spain, Albarino growth is limited to the northern regions of the countryside that receive an abundance of rain and cooler, more moderate temperatures throughout the season. Albarino grows best in moist, sandy, granite-rich soils. Grapes grown in warm regions need soil with a higher clay composition.

Some Albarinos to try (that won’t break the bank!)

The next time you are deciding which wine to pair with your decadent seafood meal, a Thai dish, or herby hors-d’oeuvre, reach for a bottle of refreshing, bold Albarino wine. The dry, crisp flavors of fruit and sea will complement Mediterranean fare like no other. For the refined pallet, there exist few white wines that balance such complexity and clean finish.

When you need a wine to pair with fresh melon, seafood pasta, or spicy salsa, look no further than Albarino. Let this wine cleanse your palate with every sip while delivering rich aromas that will stimulate your taste buds. Albarino is a wine of the Atlantic, offering sensations of land and sea that have been praised for hundreds of years.

The Ultimate Guide to Muscadine Wine

Our Guide to White Pinot Noir